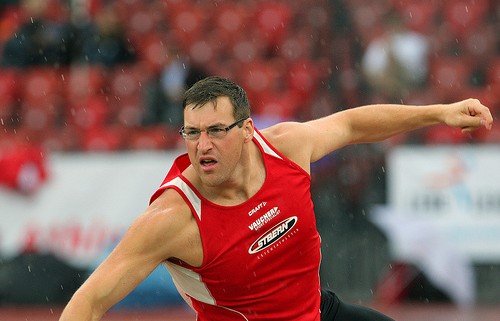 To summarize, athletes need long term goals, short terms goals, and flexibility. I believe the long term goals are the most important for a hammer throw since shortcuts and quick success are hard to come by in such a technical discipline. It takes a certain type of athlete to train year after year towards a goal that may be a decade away. But those as the type of athletes that succeed in the hammer throw. I’ve seen many talented throwers give up the hammer after one day since they were not able to throw further than their shot put best. That was probably the right move because they didn’t the mental prerequisites to be a good hammer thrower.

Short terms goals are also important, but I tend to have focus these goals on my technique and training rather than distance. As Loree puts it, short term goals mean you have a focus for each training session. I almost never put a distance as my goal for an upcoming meet. I have an idea of what I should throw, but I know that if I keep to my technical game plan, the results should follow. The results don’t always follow, but if you were in shape and had good technique, there is not much more you can do to change the result.