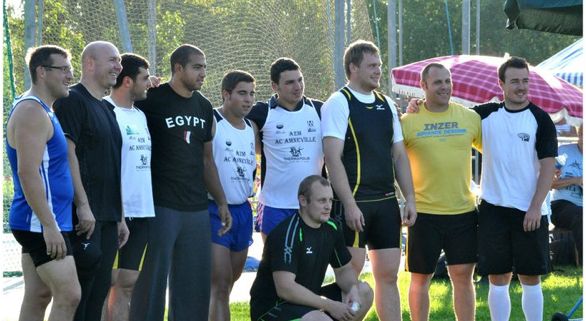 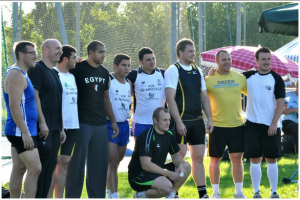 The Germans are famous for just combining many words together to make new ones. For instance, the word for hammer throw meet is ‘Hammerwurfmeeting.’ In France, it seems, they have the opposite approach. Rather than making one long word to describe something, they use every word to describe it. To provide an example, here are the names of the two French meets I competed at in the Lorraine region last weekend: ‘Meeting International Lacer du Marteau Mémorial Pierre Hue’ in Amnéville and the ‘Meeting international d’athlétisme Metz Moselle AthléLor’ in nearby Metz.

The Setting
I wasn’t planning on competing for a fifth weekend in a row, but since training has been going very well I decided I might as well get in the ring again to see if I could improve my season’s best. I got an invitation to a pair of meets in eastern France, rented a car, and hit the road.