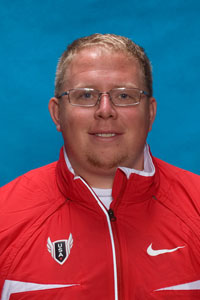 Instead, this post is about why anti-doping policy even tests for marijuana in the first place. Or, to put it another way, what is the underlying policy of anti-doping? Marijuana provides a perfect example of the incoherence of anti-doping policy. No matter how you try to define “doping”, marijuana falls outside the spectrum. For example, marijuana is not a performance enhancer. While it may offend some people’s morals, there are already criminal laws against it here in the United States that address those concerns. Suspending an athlete just punishes them twice for the same offense. To make things even more strange, marijuana is one of the few drugs that is only tested for in competitions, instead of throughout the year in random tests. If morality or being a role model is the reason for testing, then it should be tested for year-round. Some have told me that event safety is the reason. But if that is true, then Ivan Ukhov should have been banned after trying to compete drunk in Lausanne several years ago. Instead Ukhov was issued a “stern warning” from the IAAF. A consistent policy would have given him a breathalyzer and a suspension.

The prohibited substance list issued by the World Anti-Doping Agency (WADA) is riddled with examples like this that highlight the numerous inconsistencies rampant in anti-doping. If you look at them together, you start to realize that no one sat down to create a clear policy of what should and shouldn’t be banned. Instead we get an arbitrary ad-hoc list that leaves Freeman without a good answer to the question “Why is this substance prohibited?” Anti-doping experts will often put forth their own policies, but each one fails to cover the whole system. For example:

We ban “performance enhancing” drugs. Then why is marijuana banned?

We ban “unnatural” substances. True, marijuana is does not occur naturally in the body. But then why are athletes banned from blood doping (i.e. reinjecting their own blood to boost the red cell count)? That is neither a drug nor unnatural and we already allow athletes to sleep in a pressurized tent that artificially boosts red blood cells. Testosterone also occurs naturally in the body and is banned, yet ibuprofen and numerous other substance foreign to the body are not banned.

We want to keep athletes safe. While it has been difficult to conduct long-term clinical studies on the effects of steroids, I agree that it likely has negative side effects. But is it the role of the a sports association or government to dictate what athletes should do for their health? And even then they do not make consistent decisions about health. Lets look to another sport for an example: concussions are a greater health issue in American football than steroids, but little is being done on that front. Some the NCAA currently bans restricts substances like caffeine that have proven health benefits.

The doping mindset attacks the integrity of the sport. This might be the best argument, but still fails to make the banned substance list coherent. I think many people take supplements with the same intent as taking a stimulant or a steroid: if I ingest this it will make me better. But these supplements aren’t banned. And an athlete smoking marijuana certainly isn’t lighting up with the intent that it will make him throw further.

The whole logic is circular. There are numerous other arguments I’ve heard and each one has its flaws. WADA has adopted its own definition of doping in Article 1 of the Anti-Doping Code. This definition serves as the foundation for the current global anti-doping policy. When I noticed it in the table of contents today, I immediately flipped to the correct page, only to find that their definition is the most circular of all: “Doping is defined as the occurrence of one or more of the anti-doping rule violations.”

As I said above, I’m not advocating the abolition of the anti-doping code. But if a policy is going to last another 50 years and stand up to the ever-changing technology, it needs to have a better foundation to stand on. And this is not even going into the procedural and due process issues that might arise, but maybe I can speak on that another time from a lawyer’s point of view.