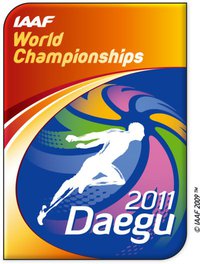 If you are interested in a short overview of the other throwing and field events, Jesse Squire and I gave a quick rundown of each event for the House of Run podcast last week.

Krisztián Pars (HUN)
Season Best: 80.63m (3rd), Personal Best: 82.45 (2006), Last WC/Best Finish: 4th (2009)
Just looking at the the season thus far, Pars is the clear favorite in Daegu. He has won 16 of his 17 competitions this year, with his only loss coming to the injured Zagorniy. Murofushi and every other contender has lost to him in the process. He has thrown over 80 meter this year more than anyone in the field (3 times) and his last three meets have produced 79.70, 79.37 and 80.63. But Pars barely has any breathing room. The season’s list is packed close together and to make matters harder, Pars is not good at peaking. He is typically consistent from January to October, but never gets the bigger throw when it is needed. He arrived on the world scene with a 5th place finish at the Athens Olympics, but won just won his first medal (bronze) at last year’s European Championships. In fact, his 2009 season appears to be a mirror of this year. He had won his first 18 meets heading into Berlin, then led the qualifying round before falling off the podium to fourth in the final. Perhaps he has gained a little more experience and the weak field will benefit him, but If I had to bet on him or the field, I’d take the field of competitors close behind him.

Koji Murofushi (JPN)
Season Best: 78.10m (12th), Personal Best: 84.86m (2003), Last WC: Injured, Best Finish: 2nd (2001)
If you think Usain Bolt competes sparingly, then you’ve not been following Athens Olympic champion Koji Murofushi for the past few years. Hampered by injuries and age (he will turn 37 in October), Murofushi has just done a handful of competitions. This year he has only competed twice: a runner-up finish behind Pars at the Osaka IAAF Hammer Challenge and a win against no competition at his national championships. I list him as a favorite since he started last season with the same two meets, worse results, and then showed up to win in Riete and Zagreb to capture the inaugural IAAF Hammer Challenge and post a world-leading mark last September. In addition, it helps that he is the only competitor that won’t have to leave his time zone to compete.

Primož Kozmus (SLO)
Season Best: 77.17m (20th), Personal Best: 82.58m (2009), Last WC/Best Finish: 1st (2009)
It’s odd for the defending champion not to be considered a favorite, but that’s what happens when you retire for a year. Kozmus is in his first season back and his stated goal is simply to make the finals. While he sits just 20th on the yearly list, his season’s best is only a few meters less than the leaders. He could pull the upset. He has done poorly head-to-head, but he’s always done well in big meets and won in both Beijing and Berlin as the underdog.

Kibwé Johnson (USA)
Season Best: 80.31m (4th), Personal Best: 80.31m (2011), Last WC: Did Not Qualify, Best Finish: NM (2007)
Two months ago I likely would have listed Kibwé as a favorite. Coming off a strong finish in 2010, he swept the Brazil series and Rio IAAF Hammer Challenge with his first 80 meter throw. He then joined Pars as the only competitors to break 80 twice with a new best at the US Championships. But in July he placed just ninth at two more Hammer Challenge meets and recently caught the flu. Bondarchuk is a master at peaking his athletes, and that’s why I feel Kibwé is still in the mix.

Pavel Krivitski (BLR)
Season Best: 80.67m (2nd), Personal Best: 80.67m (2010), Best Finish: 8th (2009)
Over the past decade, Belarus and Russia have produced dozens of throwers that can throw far at their national championships and within their borders, but rarely venture outside. Krivitski is one of the few that often challenges himself against the world’s best and he has put together a string of good wins over the last two months in addition to winning the national title over a strong field. He was just fourth at the European Team Championships in June, but seems ready for 80 meters at every meet.

Nicola Vizzoni (ITA)
Season Best: 80.29m (5th), Personal Best: 80.50m (2001), Best Finish: 4th (2001)
Some people thought he reached his peak in 2000 with his Olympic silver, but the 38-year old Vizzoni comes back as soon as you count him out. Last year he won another silver at the European Championships. This year he has a win at the Madrid Hammer Challenge and has thrown best result isince his personal best of 80.50 meters back in 2001.

Szymon Ziólowski (POL)
Season Best: 79.02m (8th), Personal Best: 83.38m (2001), Last WC: 2nd, Best Finish: 1st (2001)
The 2000 Olympic champion had a very slow start to the year and looked as if he may not even qualify after a string of competitions just above the B-standard. Now he has improved with two great competitions in early August and, even more than Vizzoni, the 35-year-old always turns in his best performances at championships. In Berlin he threw a season’s best to take silver.

Libor Charfreitag (SVK)
Season Best: 77.69m (17th), Personal Best: 81.81m (2003), Last WC: 10th, Best Finish: 3rd (2007)
In my mind, Charfreitag was the top thrower in the world last year with his wins at the Continental Cup and European Championships. This year has been a different story. He has struggled to throw as far, but his experience at age — puts him within reach.

Pawel Fajdek (POL)
Season Best: 78.54m (11th), Personal Best: 78.54m (2011), Last WC/Best Finish: First Appearance
Fajdek surprised many by starting for Poland at the European Team Championships ahead of Ziólowski. He then took second in Madrid, slaughtered the competition at the European Under-23 Championships and the World University Games. While this will be his third major championship of the year, he at least won’t have rust like some of the others who haven’t competed since early July. It also seems like it will take another year or two for him to reach 80 meters, so a medal land just out of reach.

Sergey Litvinov (GER)
Season Best: 78.90m (9th), Personal Best: 78.98m (2010), Last WC/Best Finish: 5th (2009)
The young Litviniv seems on the verge of a breakthrough. He is near the leaders at every meet and always around 77 to 78 meters. He placed fifth two years ago and while he has no major wins this year, he is almost always in the top two or three. A slight improvement will put him on the podium.

Yury Shayunou (BLR)
Season Best: 78.70m (10th), Personal Best: 80.72m (2009), Last WC/Best Finish: 26th (2009)
A big win by Shayunou at Halle in 2009 tapped him as the next great hammer thrower. But the big Belorussian bombed in Berlin and has yet to build on that performance. He still has the potential at just 23 years old, but will need to arrive in Daegu with something he has yet to find so far this year.

Click here to view the start lists for Saturday’s qualifying round. The top twelve throwers will qualify Monday’s final.