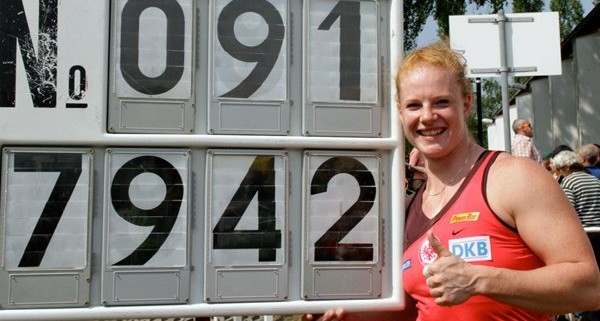 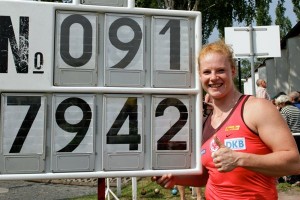 1. Betty Heidler (GER). As with my men’s rankings, my top ranked woman in 2011 also did not win the World Championships. But she did set a new world record that is tantalizingly close to 80 meters. This was also the only outdoor track and field record of 2011. She was also strong before and after Worlds, with eight straight win before and four afterwards and nine of the top ten performance of 2011. In addition to her record in Halle, she easily captured a win in the IAAF World Hammer Challenge where she won each meet she entered by an average of more than 3 meters. Even her runner-up mark of 76.06 meters at the World Championships would have been good enough to beat her competitors any other meet in 2011. She may have just won silver in Daegu, but she was the class of the field this year.