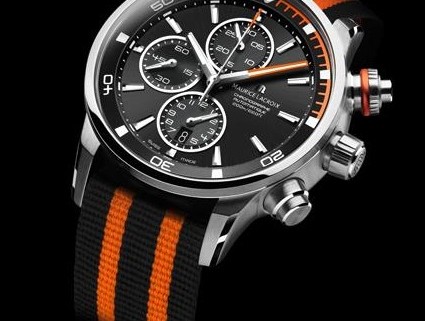 The world of watchmaking and the world of hammer throwing can seem very different at first glance. One appears to rely on power and strength while the other requires finesse and attention to detail. But when you think about it, you could just as easily swap the descriptions. The hammer throw requires as much technique and finesse as it does power. Like the watchmaker, a hammer thrower must combine many parts (speed, rhythm, technique, power, balance, strength, flexibility, etc.) into a working throw. And, like the hammer throw, watch making is also about power. Making a mechanical watch is as much about generating consistent and reliable power to the watch than it is about the looks. After all, the watch’s first function is to tell the right time. 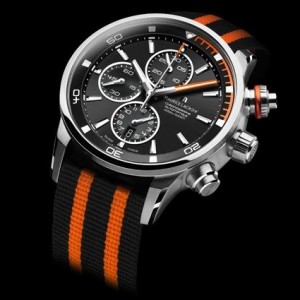 As was the case last year, I was invited to BaselWorld to get a hands on look at Maurice Lacroix’s yet-to-be-released new watches for 2012 and a front row seat to their launch event with other friends of the brand and brand ambassadors like Henrik Fisker, who brought along his new Fisker Karma hybrid sports car. I always meet some amazing people at these events since Maurice Lacroix selects individuals that have followed a unique course through life, just as Fisker has paved his own path throughout his career to leave a large imprint on the automotive industry.

While there were several new watches that caught my eye, including a new version of the Roue Carrée Seconde I highlighted last year, I was especially happy to see Maurice Lacroix expand their sporty offerings with the new Pontos S watch. The diving watch not only looks cool and features standard diving functions, but it also has some innovative features like an internal rotating bezel. The choices of colors and straps also allow you some freedom to chose what fits your style the best. And the overall feel makes it a good addition to any athletes’ collection. 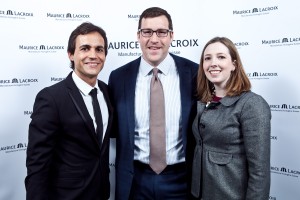 At the Maurice Lacroix event with head of Marketing, Stephane Waser.

The biggest highlight of the day came before the main event when I made my first visit to Maurice Lacroix’s Workshop and Manufacture. There the brand not only assemble watches but also manufactures all the parts that make up a watch. As I watched artisans working with screws and parts so small they needed intense magnifiers to even see them, I was again reminded of the similarities that watchmaking has to hammer throwing. As I leaned in to try and see what exactly they were working with, they continued with the same intense focus even though they could surely feel the presence of myself and a dozen others inches from their hands. Both of our ventures come down to focus the detail. You likely already know the focus on detail needed in the hammer throw. In watchmaking it is detail in the manufacturing. Detail in the assembly. Detail in the polishing and finishing. And detail in testing each watch before it leaves the workshop. One small problem in a mechanism so complex can cause stop the whole watch.

But despite the commonalities, watchmaking is not a job for me. I don’t have nearly the steady hand to do such work for hours every day. And staring at a computer screen for hours every day already puts enough strain on my eyes. I’ll stick to throwing the hammer and just wearing a watch with the first-hand knowledge of all the hard work that has gone into it.