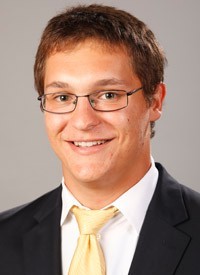 Rudy Winkler (Averill Park, NY) was named the high school boy’s athlete of the year by Track and Field News magazine. This was the third time in the last eight years that a hammer thrower won the award. As a junior last year Winkler already placed 10th in the voting for what has long been regarded as the highest honor for a high school track and field athlete. Winkler then became a front runner for the honor after setting a national high school record with the 12-pound hammer and national junior record with the international 6-kilogram hammer. Winkler also won both the New Balance Indoors and Outdoors titles and hopes to continue that success in 2014 as a freshman at Cornell University. With 192 points, Winkler was the clear winner a full 21 points ahead of runner up Marlon Humphrey. Winkler also received 9 of the 22 first place votes. Humphrey was the world youth leader in the 400-meter hurdles and silver medalist in the 110-meter hurdles. Edward Cheserek was a distant third with 118 points. Cheserek, who just began his freshman year at the University of Oregon, just won the NCAA Cross Country championship in November. Full results of the boy’s athlete of the year voting are available on the Track and Field News webpage.

Winkler was joined by Charles Ionata (Barrington, RI) and Josh Whitener (North Paulding, Dallas, Ga) to make up Track and Field News’ 2013 All-American team in the hammer throw. Both Winkler and Ionata also earned All-American honors last season. Ionata had a strong season in which he moved up to 8th All-Time, was runner-up to Winkler at New Balance Outdoors, and won the Rhode Island state title. He was also the second best high school thrower (fourth overall) at the USATF Junior Championships. Whitener placed third at New Balance Outdoors and also ranked 27th all-time in the nation.The All-American team is chosen by a panel that takes into account distances and performance at major competitions. The list of All-American boys for each event is available here.

Making the girls’ All-American team were sophomore Sabrina Gaitán (Sprayberry, Marietta, Ga), as well as seniors Marthaline Cooper (Classical, Providence, RI) and Casidy Callahan (Norcross, Ga). While Gaitán placed just 10th at New Balance Outdoor Nationals, her national sophomore class record was the top high school throw in 2013 and enough to earn her first position. She also came back strong to place third (second among high school athletes) at the USATF Junior Championships. Cooper was the Rhode Island state champion and also compiled several other strong performances throughout the year. Callahan, a training partner of Gaitán in the Throw1Deep club, won New Balance Indoor Nationals and placed 5th outdoors. A complete list of All-Americans in each event is available on the Track and Field News webpage.