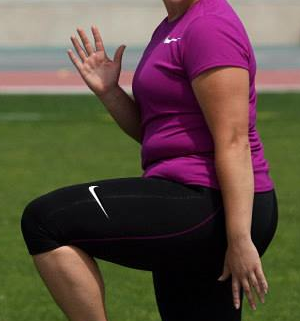 Some view this as a lost year as there is no World Championship or Olympics. For American athletes it could indeed be hard to find a challenge, but there is plenty to look forward to this year. As is my annual tradition now, here are ten of the things I am most looking forward to. Feel free to leave a comment below about what you are looking forward to this season as a fan of the sport at any level. 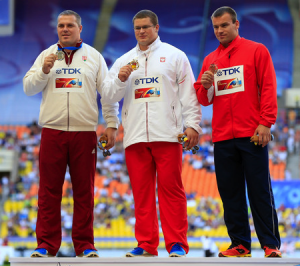 Pars (left) and Fajdek (middle)and are starting to establish an intense rivalry. All three medalists from the World Championships will face off at the European Championships in Zurich this year.

1 – A new rivalry. It has been a while since there has been a good dramatic rivalry in the men’s hammer. Young Pavel Fajdek proved last year that he is the next generation of hammer throwing after throwing 82 meters and taking the world title. Olympic champion Krisztián Pars is getting older and had offseason surgery, but Moscow was his only to Fajdek last year and could still have another five good years in him. The pair already met once this year in a preview of what could be things to come: Fajdek won by less than a meter.

2 – Finally, hammer throw in Zurich. I live in Zurich. I train in Zurich. I coach in Zurich. And yet I’ve never thrown in Letzigrund, the iconic home of the Wetlklasse Zurich meeting. No one has in the last decade as the Diamond League has excluded the hammer, but that will change when Zurich hosts the European Championships this August. The European championships are just as competitive and taken just as seriously as the World Championships by Europeans. There’s a reason for that: five of the six medalists from Moscow will be in Zurich. It’ll be an entertaining show for sure.

3 – American records. Amanda Bingson dropped a bomb last year to become the first American woman over 75 meters. Already this season she’s tossed a world lead and another mark over that barrier. Right behind her were four other American women over 73 meters last year. The record is under threat at every meet with one of these women entered. It will fall again this year. 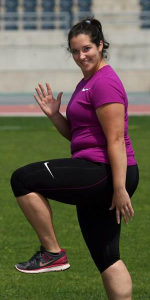 Sultana Frizell said hello to the world again by dropping a bomb at the Mt. SAC relays.

4 – North American records. There’s plenty of action north of the border too. After life and coaching changes, Sultana Frizell is back among the world’s best. The 2009 World Championships finalist and defending Commonwealth Games champion opened her season by crushing Sophie Hitchon and other elite throwers at the Mt. SAC Relays earlier this month. She was also just inches from her Canadian record. Last season she lost her North American record to Amanda Bingson. This year she’ll be looking to extend both records again.

5 – Commonwealth power on the rise. After delays in preparation and an October date, the last Commonwealth Games flew under the radar. But as they return to the UK in July, it will be a prime-time attraction with sold out crowds and some great hammer throwing. The Commonwealth countries are on the rise in the hammer thanks in a large part to a Ukrainian and a Canadian. The Ukrainian is Anatoliy Bondarchuk and the Canadian is Derek Evely, who has implemented the legendary coach’s methods to guide the top Commonwealth throwers. While living in the UK for four years Evely coached men’s favorite Mark Dry, UK record holder Sophie Hitchon, and fourth ranked Sarah Holt. Since moving back to Canada he has taken over as coach of Commonwealth record holder Frizell. Julia Ratcliffe, the young New Zealand record holder and second ranked in the commonwealth this season, also has received consulting help from Evely. It should be an exciting competition, but I’m sure Derek will be happy for whoever wins.

6 – New qualification system announced. Tired of the ever increasing A and B standards? Well the IAAF has announced the general outline of a new qualifying system for the World Championships. More details, including the new standards, will be released this year, which will allow us to finally judge if the new system is better or worse for the hammer.

7 – New world junior record. Ashraf Amgad Elseify of Qatar was one of the big surprises of the 2012 World Junior Championships when he shattered the world junior record by throwing the 6-kilogram hammer 85.57 meters in 2011. Two years later he is still eligible as a junior and will be looking to extend the record again. He did not touch the implement much last year and instead focusing on the senior implement (which he threw an amazing 76.37 meters to qualifying for the Moscow World Championships). As his last year as a junior I’m sure he will focus again on the lighter implement to extend his record even further.

8 – Hungarian power. Hungary has always been a force in the hammer and is perennially good in the youth categories. But recently things are just getting out of control. Last year Réka Gyurátz threw an all-time world youth best of 76.04 meters with the 3-kilogram hammer. She won the World youth title and took second against older competition at the European Junior Championships. Helga Völgyi is newer to the event but ranked second in the world with 74.38 meters. Zsófia Bácskay also was third in the world with 71.76 meters. That’s three under-18 girls over 70 meters. While Völgyi and Gyurátz now move up to the under-20 category (Gyurátz has already thrown over 67 meters this winter with the 4-kilogram hammer), Bácskay is still under-18 and has already improved to nearly 74 meters this season. On the boy’s side Bence Halász is leading the world under-18 category with a 5-kilogram throw of 84.43 meters, just one meter short of the all-time world youth. To sum this all up, if things continue to go this well Zsolt Nemeth’s training group could claim the world records for under-18 men, women, and under-20 women all in one year.

9 – Diamond League progress? – Last year the Prefontaine Classic became the first Diamond League meeting to become part of the IAAF Hammer Challenge. But as soon as we were in we are out as the hammer will not be included in any Diamond League meets in 2014. Conspiracy theorists think there is a plot to even drop the hammer from the Olympics. While I am skeptical, there is no doubt that the hammer has enemies at high levels. And in the meantime the movement to push the hammer forward seems to have died. Will someone pick up the baton this year and keep pushing for equality with other events? The final point would definitely help the effort…

10 – 80 Meters. I feel like a broken record, but I will keep putting this on the list until I see the record broken. Last year world record holder Betty Heidler was the front runner to break 80 meters for the first time, but now Tatyana Lysenko and Anita Wlodarczyk look like the most likely to challenge the barrier. In addition you have the North Americans and Chinese throwers Wang Zheng (who threw an Asian record of 77.68 meters last month) and World bronze medalist Zhang Wenxiu. Combined there is enough competition at the top to push someone over the 80 mark. It will fall eventually.