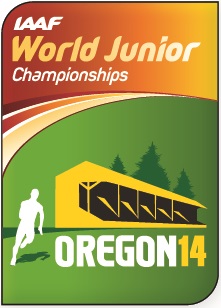 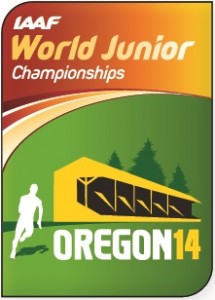 The first hammer throw final took place on Wednesday afternoon with world leader Al’ona Shamotina of Ukraine taking the win. The fireworks started in round one as her main rival Réka Gyurátz of Hungary, world youth champion and record holder, opened up with a strong performance of 64.68 meters. Shamotina responded immediately and threw 66.05 meters on her first attempt, the third best mark of her career. Those ended up being the best marks for both throwers as they held on for gold and silver.

Two years ago France took gold and silver and Audrey Ciofani was hoping to add to her country’s medal tally. She tossed a personal best in the third round to move into bronze position. However a final attempt improvement by Iliána Korosídou of Greece was enough to surpass Ciofani. After the competition Korosídou told the media “I still don’t understand what I did. I was so nervous right until the sixth attempt, and then I managed to throw further. I didn’t even understand right away what happened! I’m so happy!”

It seems like nerves were affecting all the athletes, including Shamotina. While she came out strong, she said later that “I was way more nervous before the final than before the qualification. Before the qualification I was confident and focused on making it at the first attempt.” The hammer throw was also held outside the stadium, a point which Shamotina did not seem to mind too much. “I love it here . . . Thanks to the crowd and thanks to my team for amazing support.”

Both Haley Showalter and Brooke Andersen represented America, but neither were able to qualify for the final. Andersen placed 21st in the qualifying round, while Showalter unfortunately fouled out. Complete results of the finals are available from the IAAF. The hammer throw action continues on Thursday with the men’s hammer qualification round and on Friday with the men’s final.