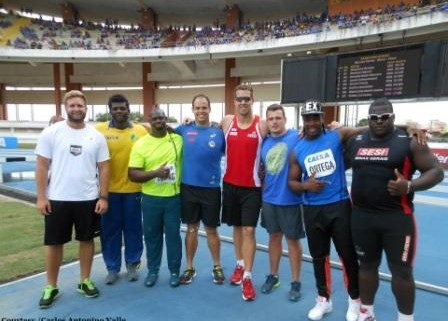 Obrigado! After a season that started well with 64.26m early on and a lack of competition thereafter, I decided to hang up the shoes for the season and rest. Never have I been is such good shape and competed so little. The USA national championships made only my sixth meet of the year! It was my fourth if you don’t include the competitions that only had five or so throwers (thanks Tim Miller and Jerrod Cook) , which were gracefully put together to give a few of us a chance to compete in May and June. Actually since April 12th, USATF nationals would be my third “real” meet with competitors in other events with exception to my final competition in April while boasting a hefty sinus infection. Along with the lack of competition, I was largely focused on the possibility starting a career in a new field. 2014 was the weirdest and most spread out season of my career, but from it I still learned a lot.