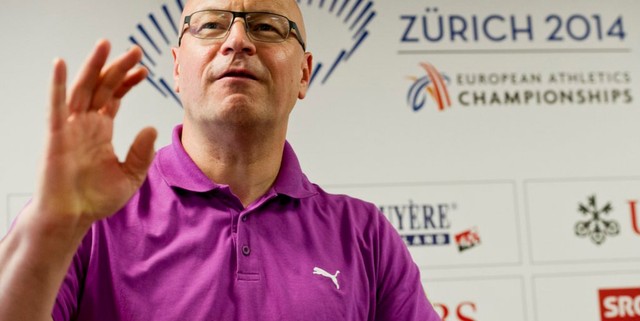 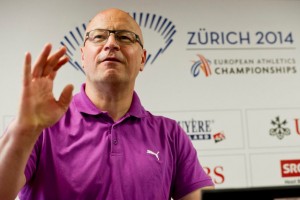 This is not his first time saying this, as he questioned the future of the discus and walking events back in a 2010 interview. Michael Johnson has said the same. Discussion by others at a recent Euro Meeting conference was along these lines too. Magyar is right that we need to talk about how to grow the sport by improving its presentation. In some respects the sport is actually quite healthy. Thanks to the internet, now a fan is able to watch and follow track and field as never before. Track fans are more energized than ever. But it is also clear that the mainstream appeal of track and field is in decline. How do we bring that energy to the masses?

I don’t have the answers, but I know that Magyar’s idea to cut events is not the solution. What track and field needs is more stars like Usain Bolt and Mo Farah. No other major sport relies on so few stars. Making a star takes a combination of results, personality, and publicity. Athletes must bring the first two, and the sport has to help with the last one. The big meets in the sport are the chance for us to highlight the current stars and the budding stars, but too often the focus is only on just one or two people. 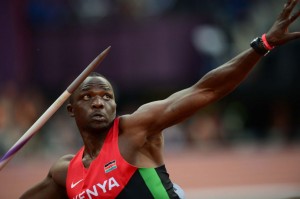 An unlikely place for a Kenyan: Julius Yego placed fourth at Weltklasse. He can bring the sport to new audiences but the event isn’t even presented to most viewers.

This year Weltklasse did a great job of building on the European Championships to try and create a new local star in hurdler Kariem Hussein. In the first event of the televised portion of the meet he went out strong, led through most of the race, and ran a personal best. But much of the rest of the meet failed to deliver and reverted to trying to bank on old stars. The pre-meet publicity, for example, was focused on Usain Bolt and he didn’t even start. Without good storylines, viewers inevitably focused on the 100 meters which featured three former dopers and controversy about why a fourth was not invited. Meanwhile a thrilling javelin competition was going on at the same time and most people watching on television were not able to see young Thomas Röhler make a breakthrough. Or see the youngest Olympic javelin champion ever, Kershorn Walcott, break his national record to close in on Röhler. The mainstream public surely cannot name Röhler or Walcott, but this illustrates a problem in presentation, not a problem with their events. They are stars in the making in one of the sport’s most traditional events but no one gives them space to shine.

Obviously my perspective is biased towards the hammer throw. But rightfully so. There is nothing inherently unentertaining about the hammer throw, or any field event for that matter. If anything they are more exciting than that dull 100-meter race at Weltklasse. At the European Championships the battle between Kristzian Pars and Pawel Fajdek was a suspenseful competition that ended in a world lead and the high point of the day for many in the stadium. Anita Wlodarzcyk challenging the world record in a torrential downpour was just as impressive. As the IAAF put it, last week Fajdek even stole the show from Bolt in Poland where a 100m track and hammer ring were built at an indoor football stadium. The hammer was again the highlight in front of 50,000 fans at the ISTAF Berlin meet on Sunday as Anita Wlodarczyk threw a new world record. Even at the local level meets like the little Fränkisch-Crumbach hammer meet in Germany prove to me that the hammer can be appreciated by a mainstream audience. The hammer throw is currently marginalized, but our situation could be realized by any event if we start downsizing track and field.

→ Related: The IAAF’s Spikes Magazine explained yesterday why the hammer is the king of the throws.

I realize not every event can be conducted in one evening, and what we have now clearly is not working and has become a mess, as Toni Reavis thoughtfully pointed out last week. But that doesn’t mean we need to kick some events out of our sport. The quickest way to lose weight might be to chop your arm off, but that obviously defeats the normal purpose of losing weight. The better way is to lean down overall. It’s more work, but it’s healthier and will look better in the end. Plus it keeps the character of the sport intact. The diversity of events is what makes track and field so amazing and stars can emerge from any country, background, body type, or skill set. The European Athletics Permit meets show that even without all events at each meet, everyone can be included in the sport.

It’s clear that some change is needed, but so far its been in the wrong direction. For example, even though they have practically rid the sport of hammer, it certainly hasn’t helped the Diamond League become more entertaining. Magyar himself asked some good questions in another interview last week, such as whether it’s good that the long jump winner could be decided in the first round. That’s a great question and we need more of them. Losing more events, on the other hand, would just make things worse as it could be getting rid of the next athlete that can help this sport grow. These meets are our chance for the sport to pick its stars, but when the pool of athletes is already limited, then it is no wonder there are so few stars. Let’s have the discussion on how to grow the sport, but let’s also think outside the box.