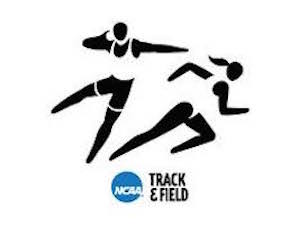 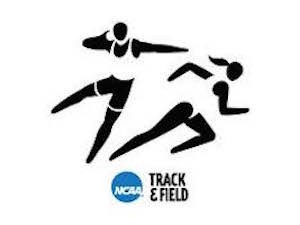 As the final recruiting period for track and field approaches, there are a couple of facts that are important. Only 1.3% of male high school track and field athletes and 1.8% of female athletes go on to compete at the NCAA Division I level. Sobering numbers, so what can be done to increase the opportunities?

It starts with defining your expectations. What does the athlete expect from his or her career? Not the parents or the coaches but the athlete. Being good locally is not enough. There are a lot of former high school district, regional, and state champions working for minimum wages.

To be seriously considered for collegiate recruitment a track and field athlete must meet the following criteria: athletic excellence, academic excellence, and character excellence. College Coaches look for the results that will help their program, but if an athlete’s grades are in the mid-range 2.5-2.9 GPA, there will be a pause. Barely making the NCAA clearinghouse does not help your recruiting profile. Under normal circumstances there will be no academic scholarships available for a basic qualifier. Has the athlete put in the work in the classroom and the track or circle to deserve an opportunity to compete in college?

Sadly there are too many athletes, club and High School Coaches, who ignore academics until the athlete’s junior or senior year. When a college Coach informs them that their grades or ACT of SAT scores are not sufficient, there is a 17- 18 year old left wondering if they were simply used by the school or the club. Athletes are led to believe they will get scholarships based on talent alone. As a result many don’t participate in other sports, don’t pay attention to academics and sadly have an opportunity to go to college. Preparation for academic excellence begins on the first day of the FRESHMEN year. Parents, and Coaches need to stress the importance of being responsible in the classroom. That first high school semester, when they barely did enough to get by will come back to haunt them.

For High School athletes who desire to compete in college, being responsible in the class room shows that you are a worker. It may not mean a scholarship offer but it can lead to an opportunity to walk on. No collegiate program is actively seeking a problem child. An athlete who repeatedly does dumb stuff is not an attractive recruit. It is imperative that the adults in the athlete’s life stress the need and importance of making good decisions.

In our instant communication world, one questionable tweet or Facebook post is enough for a college coach to loose interest and look at another athlete. Remember that there is a limit to the number of athletic scholarships. Unlike the revenue generating sports, Track and Field Scholarships are awarded to those athletes who have demonstrated the ability to positively contribute to the team’s overall success.

Search Out Competition and a Club

That is part one of the equation, now let’s look at another aspect. The high school athlete who wants to be a legitimate college Track and Field prospect, has a little over a year to produce the results that will attract the attention of Division I coaches. That time frame is short: from indoor season junior year (January) till the end of Indoor season of the senior year (March). If an athlete has shown promise and excellence before this time great! But the time to shine is the junior year.

Intelligent competition is essential. High School competition is out of the control of the parent and athlete. However, for a track and field athlete’s participation in New Balance Nationals and USATF programs is critical. A lot of athletes learn that their athletic dominance is limited to practice or the local high school district. Competing in larger meets with deeper competition will provide invaluable experience.

For throwers it is a distinct advantage to compete with a throws-oriented Club. In addition to the increased competition, an athlete will have an opportunity to learn. Unless you live in the handful of states that have high school hammer, weight throw or javelin, the opportunity to compete in these events as a member of a school team is limited. The answer is finding a USATF club that competes in the summer, and to attend event specific clinics. Recruiting is based on relationships, attending meets and clinics provide an opportunity for athletes and coaches to interact. There are no guarantees, but when you can go to a big meet and see and chat with a familiar face it is a good thing. Maybe the athlete’s talent level is not a good fit for Big Time U, but the coach has worked with the athlete at a clinic and Smaller U has a need. The athlete now has an opportunity to have a conversation about his or her future.

Back to the statics for a second, an informal poll of throwing club coaches revealed that between 90% and 98% of club athletes, who stay with a program longer than 3 years go on to compete in college. The majority of those receive some form of athletic scholarship. For a point of reference, at the 2014 NCAA DI Indoor Championships more than half of the participants in the throws competed with a USATF club program in high school. The participation numbers for the Outdoor Championships were even larger. 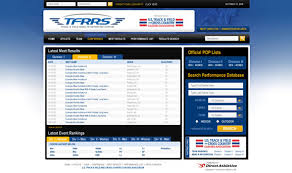 TFRRS is a good tool to evaluate a school’s results and see how you would fit in.

As the saying goes, get in where you fit in. A good indicator of where a throwers performance ranks is the New Balance Indoor and Outdoor Championship Meet entry guidelines. If an athlete’s performance meets the Championship standard then it is a positive indication. If they have barely achieved the Emerging Elite standard as a senior, recruitment opportunities may be limited. Many developing athletes are not contacted until after non-athletic financial aid application deadlines have passed. So it is important to prepare and apply to colleges and not depend on an offer that may not come or will be far less than you thought. Ours is a non-revenue sport. So there are limited scholarships available. You can get a feel for where you will fit in a program without a visit with some of the following steps:

The Role of Parents

Parents can help their athlete most by being involved. Not just the booster club. One way to understand the sport is to become a USATF certified official. It is amazing the observations a parent can make while working a college meet. You have the opportunity to see up close and personal the practical philosophy of different coaches. For the throwing community, we will be drafted on meet day to help anyway. Might as well be in a position where you know what to do and not rely on a coach’s memory of how they have always done things.

Parents realize that throwers are evaluated not only on their results but foundational technique. A decent throw with consistent technique is an indicator of an athlete who has potential. A great throw with bad technique may win a small meet but can the athlete do it when the pressure is on? Winning is good, progressively better performances are better. Help your athlete focus on progress, not performance.

So where do all of this lead, it takes dedication and preparation to achieve success. Athletes, coaches and parents have a role to play. Each has to be willing to put in the work. It is not easy, but the long hours of practice, travel and studying pays off. For athletes being recruited is a unique exciting experience, for parents and coaches it is validation of your effort. For our sport it means that despite the setbacks and haters we are moving in the right direction.

Jim Brown is a USATF Level I Certified Coach with more than fifteen years of experience as a collegiate and high school throwing coach. He currently is the head coach of Steel Throwers Club in Nashville where he has guided athletes to state and national titles. Jim is also a successful thrower having set the school record and earning three all-conference honors as a hammer and weight thrower at Marshall University. More recently he has won six masters national championships.