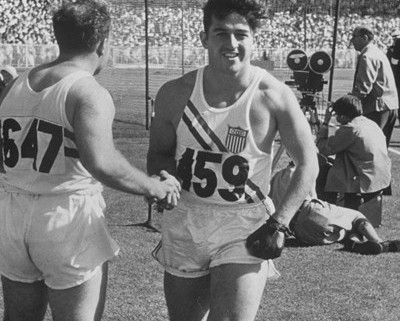 Next week the recipients of the 2015 USATF Foundation Youth Hammer Throw Grants will be announced. This year marks the 10th anniversary of the hammer grants and in perperation of the 2015 awards it is a perfect time to reflect on history of the grants and evaluate their effectiveness. 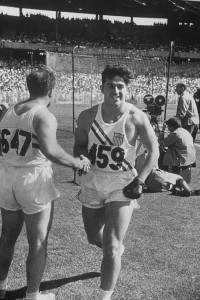 After raising funds to send two top high school throwers to train at the legendary Szombathely training center in Hungary in 2004, Olympic champion Harold Connolly wanted to create a program that could continue to support and inspire the best high school athletes on a smaller scale. In 2005 he started the grant program and for the first five years Connolly raised the funds for the program himself by selling instruction DVDs and soliciting donations from hundreds of hammer throw supporters across the country.

Youth hammer throwers in America are often isolated and lack access to resources until they reach college. By giving small grants to throwers, Connolly hoped to bridge the gap to college by helping them to buy the necessary training supplies, travel to competitions, attend clinics, and find other resources to improve. The final goal, and perhaps most important one, was to inspire young athletes. Financial support, no matter how small, validates the work young athletes do and motivates them to work harder especially when it comes from an Olympic champion.

In 2010 the USATF Foundation announced it would financially support the grants program for four years, thus guaranteeing the future of the program. Connolly was overjoyed by this news, but unfortunately passed away a few months later before he got a chance to see the program grow.

In Connolly’s absence his son, and former hammer thrower, Adam Connolly put together a team of volunteers to take over the administration of the program.

Not including this year’s grants, the program has awarded 86 youth hammer grants over the past decade. Awards have totalled $39,000 and have ranged in size from $100 to more than $1,000. The monetary amounts and number of grants awarded are currently determined by the available balance in the USATF Foundation Youth Hammer Fund and the decision of the grants committee.

Since the USATF Foundation began supporting the program it has expanded rapidly. Over the last three years it has produced some impressive statistics:

Stay tuned as we announce the winners of the 2015 grants on HSHammer.com next week and add to this growing tradition.

* This includes athletes that continued to compete at Ivy League institutions even though no athletic scholarships are awarded in the league.