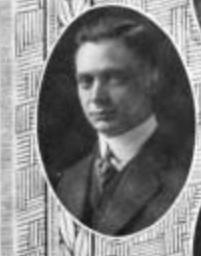 One hundred and six years ago, a high school junior from Lansing, Michigan named Art Kohler went to an interscholastic meet in Ann Arbor and threw the hammer 170 feet, 3 inches.

hat was 1909. The President was William H. Taft. The penny had Lincoln’s image on it for the first time and 22 cents per hour was the average workers’ wage. Explorers reached the North Pole. There were only 46 states.

Kohler’s name continues to stick around. He remains the Michigan all-time state leader in the hammer and his record is the oldest for all track and field events still contested today across the U.S.

→ Read more: Continue reading the compete article “Time to hammer out a new record in Michigan” from Dystat

With the help of Bob Gourley, Harold Connolly, and many others we have attempted to compile the most thorough list of state records here on HSHammer.com. Of course many states do not even have a record as the hammer has not been contested there, but Michigan is one of the many states that used to have the hammer throw as an official event. According to research done by the late Harold Connolly, as many as 23 states had the hammer throw as a high school sport in the early twentieth century. But the event was gradually excluded, leaving some old records unbroken. Several records from other states are also more than 80 years old.

But it is not as if the hammer throw is dead in Michigan. Weight throw has also been added to the Michigan indoor state championships which helps increase the pool of potential record breakers. Quinn Dawson tossed 161’10” back in 2008, and in 2001 George Kimball came even closer to the record by throwing 168’0″. The girl’s record is quite strong and was recently set by Brooke Pleger in 2010. Pleger is currently an NCAA All-American at Bowling Green University in Ohio and just this past weekend she threw an NCAA leading mark.

With the continued growth of the hammer throw, the record likely won’t last a few more years let alone another hundred.