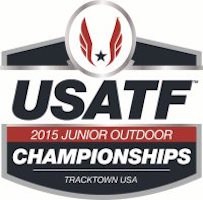 The competition started out interesting. Three fouls took national leader Detloff out of the meet. Showalter also started slow and was in just sixth place entering the finals. However a fourth round throw propelled her into the lead and she held on for the win. Giger also entered the finals in fifth and improved on her last throw to second place, just two inches behind Showalter. Woods finished in third, followed by Kaitlyn Long and Ondrusek.