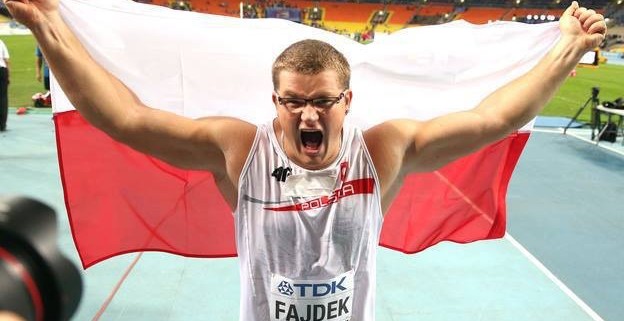 The IAAF World Championships kick off on Saturday and the hammer throw will be one of the first events under way. Pawel Fajdek is the clear front runner this year, but the podium will be wide open behind him. Based on how the season has unfolded a throw of 78 meters might make the podium and more than half of the field is capable of that. The odds are strong for veterans like Krisztian Pars to add to his medal collection or Dilshod Nazarov to win his first piece of hardware. But the situation might also present the chance for someone with longer odds like Kibwé Johson or Nick Miller to squeeze on the podium. It will be quite interesting to see how it unfolds. 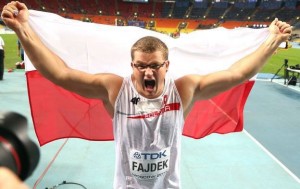 Fajdek has been on a roll. Earlier this month the 26 year old Polish thrower set a new national record. Exclude atheltes that have served doping bans and it is the best throw in the world since 2003. In the process he has left his competitors in the dust, winning 15 straight competitions by an average margin of 5.62 meters. Just one win was by less than a meter. On the world lists Fajdek has a four meter lead over the next best athlete.

Fajdek’s only competitor seems to be himself as he had some difficulties in major championships as a younger athlete, fouling out at the 2012 Olympics and placing just 11th at the 2011 World Championships. But after a gold in 2013 and silver at last summer’s European Championships he seems to have things under control and is ready to win his second world title.

Pars has had a strong rivalry with Fajdek over the past few years, with Pars coming out on top more often than not by winning the last Olympic title and two European championships. It looked like that rivalry would continue this year as Pars won their first meeting in March, but it has been all Fajdek since with six straight wins by an average of nearly three meters. Despite all the wins Pars has never won worlds and will be looking for the one title that has eluded him. It will be difficult, but he is the best positioned to challenge Fajdek. And he is a safe bet for silver, having placed outside the the top two at just one of his 12 meets in 2015.

Nazarov had the season of his career last year, finishing the year ranked third in our world hammer rankings. While his marks have dropped a little this year, he continues to be consistent as has been the only athlete other than Fajdek to have beaten Pars this year. Since the end of May, in fact, he has lost only once to someone besides Pars and Fajdek, consistently throwing 77 to 78 meters along the way. A mark which likely will be good enough to get on podium.

The African record holder was a suprise name on last season’s rankings, finishing the year in fourth and collecting silver at the Continental Cup. His results have dropped off slightly in 2015 and he has competed less, but he has still been quite consistent. In his three appearances on the IAAF Hammer Challenge circuit he placed fourth each time behind the trio of Fajdek, Pars, and Nazarov.

Litvinov’s resume this year is not as impressive as Nazarov or Pars, but the field is so tight this year that he could easily challenge both of them for a medal. Litvinov has won the Russian title and one of the few people to have beaten Nazarov this year. But he is winless against Pars and has another four losses to Nayarov in 2015. But his season is already stronger than last year when he stepped up to win bronze at the European Championships. Another big meet performance will get him on the podium again.

This should also be a strong championship for English-speaking throwers. Typically an afterthought, this year there are strong teams from both the UK and America. Oklahoma State’s Nick Miller leads the way for the UK. He redshirted this year and has been launching some huge throws. Last month he broke the 31-year-old British record with a throw of 77.55m and also won the European Under-23 title. His consistency will put him in the mix. America has the rare chance to send three throwers. US and Pan American Champion Kibwé Johnson has been back to the form that saw him make the Olympic finals in 2012. Former World Junior champion Conor McCullough took bronze at the Pan Am Games and has shown he always steps up at major championships. All three have been consistenlty over 75 and 76 meters, which is more than enough to make finals at most championships.

Several other European throwers will also be in the mix. Names like Serghei Marghiev (MDA), Wojciech Nowicki (POL) and Ashraf Amjad Al-Saifi (QAT) have all been over 78 meters this year, but are more consistently between 74 and 76 meters. Several other throwers have been over that mark, but are the usual suspects who rarely leave their home countries to face international competition. Of the Europeans then I would keep an eye on Marcel Lomnicky who was top 8 at both the last World and European Championships and placed well at recent IAAF Hammer Challenge Meets.

There are also a few unknowns. Ivan Tikhon (BLR) and Ersef Apak (TUR) both returned from doping bans in July and quickly qualified for the World Championships. Tikhon has won three titles, although one was stripped after retroactive testing. Apak was bronze medalist in 2004, but has been less of a factor at World Championships after placing no higher than 11th. Both of them have competed in just one meet in the past few years so it is hard to gauge their form.

All 32 qualified athletes will throw Saturday morning in Beijing (Friday evening in the US). The top 12 athletes will move on to Sunday’s final. The complete timetable is on the IAAF’s webpage.

For a historical look at the world championships, check out Athletics Weekly look at the men’s hammer throw as well as all the stats you could ever think of over at Track and Field News