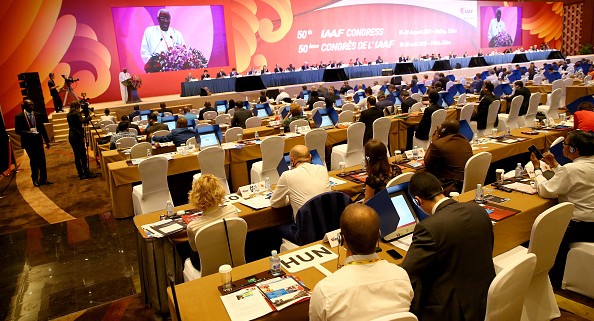 Back in April one of my articles went viral when I wrote that under the new Olympic standards are so high that Olympic javelin champion Keshorn Walcott would not have even qualified for the Games. The point of the article was that the standards are way out of line in some events, yet many people missed that point and quickly pointed out that Walcott would have never these been an Olympian. Even though he didn’t have the standard, the new qualifying system invites additional athletes to ensure a minimum field size of 32 athletes. Ranked 22nd in the world in 2012, Walcott would have been in London. It seemed so clear to the people responding to my article, but I was skeptical.

Well this new procedure got a test run for the Beijing World Championships and we see it just isn’t the simple and easy solution it was promised to be. It is anything but. After I wrote the April article IAAF Senior Vice President Bob Hersh called me and we had a very constructive conversation on the topic. He understood the criticisms yet told me not to worry. He told me that (emphasis added):

That document makes it clear that in the field events, the IAAF will invite as many athletes as they need to, based on the performer lists for the applicable qualification period as of the entry deadline, in order to achieve the target field size of 32 per event.

Then why is it that in the throwing events 6 of the 8 events have less than 32 entrants? And if you look at all field and multi events why did 11 of the 18 events have less than 32 entrants? Why did the women’s shot put have just 24 athletes rather than 32? Why did the new system fail? It seems that the IAAF just gave up on their policy after too many invitations were rejected. Major players like UK, Canada, Germany, Russia and others have their own policies requiring athletes to reach even higher internal standards before they can be selected. No invited athletes, therefore, were accepted.

Sure, this is first and foremost an issue at the federation level. They choose not to send invited athletes. But while the issue is partially with the federations, the IAAF also needs to point the finger at themselves. The complexity and timing of the process make it difficult for federations to navigate. And the basic fact is that the IAAF’s standard are taken by federations to define what “elite” or “world class” is. Selection policies are set based on them. Funding standards are set based on them. And so on. The IAAF has a responsibility to make them more fair since they know how they will be used.

Federations have been acting like this for a while and this situation was completely foreseeable and preventable. In my article in the April I predicted this would happen since it is exactly what happened at last year’s European championships (see the addendum response to Hersh at the end of the post). There was also a waiting list procedure in place for Zurich yet only 16 competitors were entered in the women’s shot put, just 66% of the target number of athletes. Again 5 of the 8 throws did not reach the target field size.

If the next Keshorn Walcott is from a country that does not send anyone invited off the waiting list then we will be missing an Olympic Champion at the Olympics next year. A close example from this year is Daniel Ståhl. Sweden was smart enough to accept his invitation without a standard and he ended up placing fifth in Beijing, less than a half meter from the podium. But the UK and Netherlands declined invitations from athletes that were ranked even higher. Countries need to see this. As the House of Run podcast often says, you have a much greater chance of a medal with an athlete than without.

More importantly the IAAF also needs to recognize the flaw in their process and adjust the standards accordingly so we actually have equal field sizes in the field events. The issue will be even worse in Rio as the standards are being hiked up. The men’s discus standard of 66 meters would have won bronze while the hammer standards of 78 meters would have taken 4th in Beijing. The IAAF has adjusted standards in the past when they realized they were too difficult. It is time for them to do the same in many of the field events.