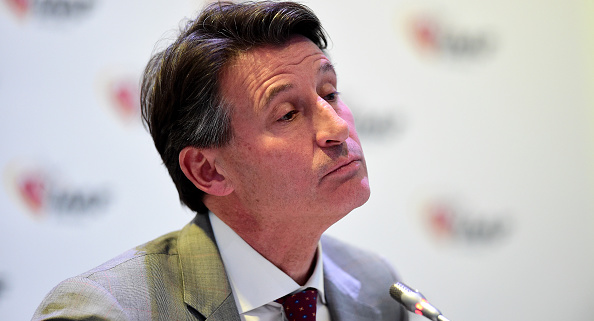 On Thursday the IAAF announced that they would be lowering the Olympic qualifying standards in 17 events. This is undoubtedly good news to everyone in our sport as the previous standards were unrealistically high. But it also begs the question: why did the IAAF have to lower the qualifying standard in the first place? Did the quality suddenly drop in 40% of the events? Or is the IAAF just out of touch with our sport? One cannot help but think this after following the recent athletics news.

When allegations of systemic doping and bribery were raised last month, IAAF President Sebastian Coe responded that he was shocked. Really? Some of these allegations had been in the press for nearly a year and others had been discussed amongst athletes for much, much longer. The whole time he was in perhaps the best position to know about the issues as he was working in one of the most senior positions at the IAAF. Try watching this Channel 4 interview with Lord Coe and then tell me we have leadership in touch with the pulse of our sport. Someone in touch with the sport wouldn’t have been shocked. Disappointed, yes, but hardly shocked.

The same goes for the whole discussion on Olympic qualifying standards. The IAAF did the right thing and admitted the standards they set were too high. But why did it take them so long? Back in April, I put together a series of posts with six-time Olympian Terry McHugh warning that the standards were too high and the process would produce incomplete fields. I even had a in-depth conversation at the time with a senior IAAF representative who told me not to worry because no matter how high the standards were the IAAF would fill up the fields using their waiting list system. I hate to see this happen, but I was right. The women’s shot put had just 24 competitors, just 75% of the amount targeted by the IAAF. On the final day of the IAAF World Championships this year I pointed this out in a post. And still it took another four more months for the IAAF to calculate and finally determine that their previous standards were too high.

How is it that I can predict how things will happen better than those sitting atop of the IAAF bureaucracy? Well, I am in touch with the sport. The European Championships used a similar qualifying format in 2014 and it resulted in the same problem: the women’s shot put field was just 66% of the expected size despite a waiting list that was supposed to fix the issue. That strategy failed to fix the problem for European Athletics and was hardly the right idea to fix it for the IAAF.

Changing the standards now helps fix the problem (although likely not in the case of the women’s shot put as the new standard is a mere 5cm lower), but the better solution would have been to have the right standards all along. By waiting an additional 8 months, each individual country has already put their qualifying standards in place. Changing the standards is not that easy, often requiring an in-depth government or Olympic committee approval process. I wouldn’t be surprised if many federations simply keep the old standards on their books. And most federations have also finalized their funding for next year based on the old standards. The IAAF’s decisions have a real impact on real athletes and that are not simply fixed by a press release.

At the end of the day, those in charge have to get out there and get in touch with the sport. Click To Tweet
Embed from Getty Images

How do we connect the decision makers back to the sport they govern? The most important thing is to bring some transparency and accountability to the institution. Even after this whole process, no one is clear how these standards are made in the first place. It’s just another example from one of the most non-transparent organizations in the world. Shedding a little light on this and many IAAF practices (doping, their budget, event bidding, etc.) would do the sport a lot of good. And if this had happened in the business world, those on top would have been held more accountable. In other words, more heads would roll. It’s no wonder the IAAF can have such fraud and corruption without people batting an eye. Furthermore, in order to help the process along, the IAAF should also involve athletes more in the process. I will talk about more about this in another post, but athletes must be in touch with the sport since they live it every day.

Transparency and accountability can help force the IAAF to move in the right direction, and getting athletes involved can help guide them along that path. But at the end of the day, those in charge have to get out there and get in touch with the sport. A few weeks ago legendary coach Brooks Johnson gave some examples of how USATF is similarly out of touch. His solution was simple:

“In order to really know what is going on out here, you have to be close enough and involved enough to smell the funk.”

So, IAAF, get out there and smell the funk.