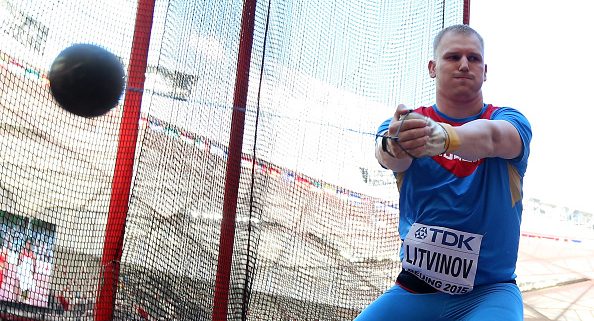 I am not in denial. I agree with your statement last week: “the Russian system has cataclysmically failed their clean athletes.” This is the truth: Russia has a problem and many athletes do not realize the extent of it. But I cannot change this problem so I am also angry. I am angry because I have dedicated a majority of my life to the hammer throw and I have done it clean. Despite immense pressure to break the rules I decided to sacrifice results and now am punished for it.

And at the same time I am sad because there is no clear path forward for me and other clean Russians to compete again. Rather than arguing over the fairness of the action, I want to discuss the way forward. I want to find out how I can compete again. I find myself in the difficult situation of needing to prove a negative. As we have seen in the history of doping, this is nearly impossible to do and one of the reasons that the burden of proof typically rests with the prosecution in these situations. Therefore I seek your assistance and guidance.

Making the decision to compete clean was not easy. It has meant that people question why I have not won more medals. It means I have been viewed as a failure in comparison to my father’s world record. It has meant that I watch as I am beaten by athletes I am better than and missed the chance to compete at the 2012 Olympics. However it is a decision that is right. And it is a decision I can make with a clean conscience. I do not have to worry about hiding the rest of my life every time old samples are retested. I do not have to worry about competing regularly on the international circuit, something I did more than any other Russian thrower last season. I do not have to worry about being in the IAAF Registered Testing Pool, which I had been in since first starting for Russia. (On a side note, I was removed from the pool without explanation after one of my best seasons ever last year. I was told by the IAAF Anti-Doping Department that RUSADA would now be responsible for my testing, after it was clearly established by WADA that RUSADA is not capable of acting responsibly. Therefore I still submit my whereabouts to the IAAF, effectively volunteering myself for testing since last year.) I did all this thinking that, as a clean athlete, I would not have any troubles. I was wrong.

In your announcement last week you laid out one path that clean Russians can take to compete already this year: show that they have been outside the country and subject to effective anti-doping systems. This week Thomas Bach said that athletes can prove they are clean if they were subject to “international tests, or tests supervised and approved by international authorities.” Providing such exceptions is essential, but the announcements are conflicting and lack details. As an athlete I do not know what is required and the process to show I am clean. All I know is that throughout my career I have many items which help demonstrate I am clean:

Being a hammer thrower makes it financially difficult to relocate and is actually what led me home to Russia in the first place. I decided to return home and compete for Russia so that I could be together with my family. Hammer throwers do not have the chance to compete in the Diamond League or secure the big sponsorships needed to move a family and support network abroad. This is the financial reality of our event. However if that is what it takes I will do everything I can to make it happen. If my actions until now are not enough, would I be eligible to compete next season if I move and begin training outside of Russia in the future? I am willing to do what you ask, but I need to know what exactly you are asking from us to gain the chance to compete again now or in the future. Otherwise the situation is out of my control and I am dependent on my federation, which does not make me optimistic.

As I have shown, I have made tough decisions to compete clean throughout my career. And I am willing to make more tough decisions even if it means leaving my home, leaving my family, and leaving my coach . . . I just need to know which decisions to make. Many athletes will be deterred by last week’s announcement. Some will even leave the sport. But this sport is my life and I will fight to compete again. Just please show me a clear way.