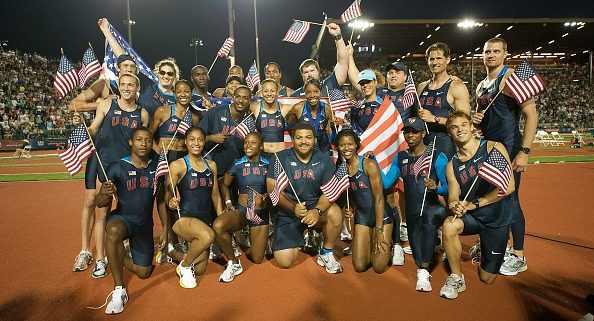 Most people thought that with the elimination of Olympic B qualifying standards, the Olympic Trials selection process would be simpler this time around. For the most part, it will be. There will just be a fixed standard, a fixed team size, and a fixed deadline (i.e. no time to chase it after the Trials). But if things were that clear cut, I wouldn’t need to write this post. Despite some last minute adjustments, the Olympic qualifying standards are still absurdly high in some events. The IAAF has set a target field size of each event and plans to send out extra invitations if not enough people meet the standard. That will indeed be the case in the field and multi events, even though the size is limited to just 32 athletes. As of last week less than half the events have reached that number, including just 3 of the 9 events on the men’s side. (And this is before taking into account that more and more countries are now electing to leave home athletes that have met these already rigid standards.) The IAAF’s procedures to fill up the field based on descending order lists was an administrative failure last year and leaves everyone with a bit of uncertainty with one month left in the Olympic qualifying period. So I’ve dug into the USATF selection procedures in hopes of bringing clarity to the athletes competing for a chance at glory next month.

If the top three finishers all have Olympic standard, they will all represent the US in Rio. This will be the case in nearly every running event. If there are just three athletes in the field with the standard and no IAAF invitations extended, it is also clear that those three athletes make the team. However, as mentioned above, with high qualifying standards there are many events where few or no Americans have the Olympic standard. Which brings us to the next case . . .

The “Let’s Look That Up” Case

Let’s say there is an open spot on the team and several athletes are in line to get an IAAF invitation based on their world ranking. Who gets go to? The athlete who placed higher at the trials? Or the athlete with a better result during the qualification period and, therefore, first in line to get an invitation from the IAAF? The USATF selection procedures give a clear preference to the order of finish at the Trials, meaning that USATF will solicit an invitation for those athletes that place the highest at the Trials:

“USATF shall accept any invitations extended to U.S. athletes if such acceptance does not displace an athlete who has finished ahead of the invited athlete(s) at the Trials and . . . who is also in a position to receive an IAAF invitation . . . The intent is that, to the extent possible, the order of finish at the U. S. Olympic Trials- Track & Field shall determine whether an athlete competes in the Olympic Games . . . “

“Our request for invitation will be based on rank order of finish at the Trials . . . It is the same concept by which we select the team in events where every athlete in the final already has the standard: perform at the Trials, be selected for the team.”

The “Call Your Lawyer” Case

Let’s say that someone without the standard squeezes into the top three at the Trials ahead of someone who has the standard. If this is an event the IAAF is planning to send out invitations for, who gets to go? The person with the standard? Or the person without the standard? You might think I am speaking purely in hypotheticals, but this is exactly the situation that arose in the men’s discus last year. Despite much online debate the USATF has not attempted to clarify the issue. Therefore I have to provide two answers: what the selection procedure says, and what the USATF says it will do. Unfortunately the answers do not line up.

The selection procedures make it clear that in such a case the USATF should stick to its policy of giving preference to the athlete that placed higher at the trials. Here is the exact wording (emphasis added):

“In the event that one or more of the top placers in the Trials has not met the 2016 Olympic Games Qualification Standard but has a performance that appears to be good enough to warrant an invitation based on the ranking list and number of known qualifiers, USATF may solicit an invitation from the IAAF for that athlete(s) notwithstanding that other U.S. athletes have met the 2016 Olympic Games Qualification Standard.”

But, as was the case last year with Evans, USATF has created its own interpretation of this to mean that the lower-placing athlete with the standard will make Team USA. Here is the exact response from Geer (emphasis original):

“Requests for invitations from us only come into play only if we don’t already have three athletes at the Olympic Trials who have met the standard.”

So there is no clear answer, and the USATF did not respond to follow-up questions asking to clarify this contradiction. Let’s all just hope that this situation does not happen again or it will be the next Tarmohgeddon. One thing is for sure: if Evans places in the top three this year he will make the team since he has met the standard now. But if someone without the standard squeezes in, it seems like a lawsuit waiting to happen.