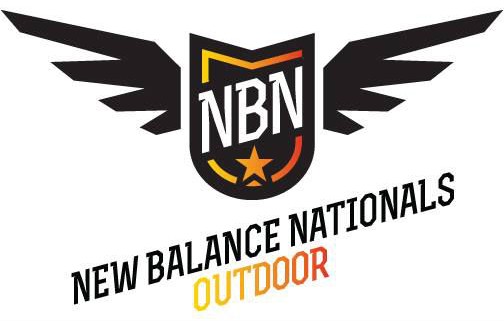 Favorites won and lost at this year’s New Balance Nationals. The Emerging Elite sections kicked off the competition earlier this weekend, but on Saturday night and Sunday morning it was time for the main event, starting with the boy’s hammer throw championship.

National leader Bobby Colantonio (Barrington, RI) led from start to finish in the boy’s competition. His first throw broke 240 feet, which held on as his best attempt even though each subsequent throw was over 230 feet except for a final round foul. He finished more than 25 feet ahead of runner-up Cameron Thompson (Lakeland/Panas, Cortlandt, NY) and fellow New Yorker Michael Feldman (Tottenville, Staten Island, NY). The competition for the podium was tight with the top seven throwers all over 200 feet. 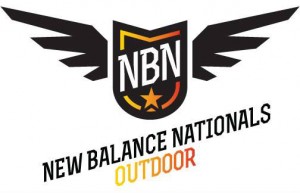 Jill Shippee (Shenendehowa, Clifton Park, NY) hit a five foot personal best in the opening round of the girl’s competition on Sunday to take the early lead that she never relinquished. In the absence of national leader Joy McArthur (Mater Dei, Santa Ana, CA), Kamryn Brinson (Marist, Atlanta, GA) entered the competition as the favorite, just off of a personal best last weekend. However she struggled early and had to settle for fifth. Instead Shoshana Isis Trotman (Centerville, OH) snuck in for second place on her final attempt. Courtney Jacobsen (Toll Gate, Warwick, RI) came through for third, while national shot put leader Alyssa Wilson (Donovan Catholic, Toms River, NJ) hit a personal best late in the competition to take fourth.