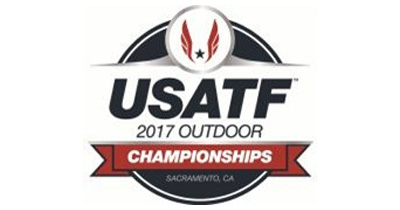 The US Championships kick off on Thursday and a change in venue from Eugene to Sacramento means more sun and less rain. Temperatures are expected to reach over 100 degrees, meaning the weather may be as hot as the action. With two Americans chasing the world record in the shot put and close competitions for the World Championships team in every event, it should be an exciting weekend of throwing. Below we break down each men’s event. Check back tomorrow for a look at the women’s action. 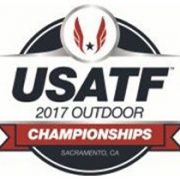 The shot put is traditionally one of America’s strongest events. Somehow, even after winning two medals at the Olympics, the event is even stronger this year despite the retirement of legends Reese Hoffa, Christian Cantwell and Adam Nelson. Olympic champion Ryan Crouser is still just 24 years old, but has broken 22 meters in four competitions this year. His worst meet is still 21.79 meters, which will surely be good enough to make the World Championships team. Joe Kovacs has gone even further this year and set the world lead back in May but lost recently head-to-head with Crouser at the Prefontaine Classic. Watch for the two of them to push each other to a new level in Sacramento. Darrell Hill, who snuck on the Olympic team last season, has proved that was not a fluke and improved his best by another foot this year. As Joe Kovacs is the defending world champion, he is guaranteed a spot on Team USA and a fourth thrower will be invited onto Team USA. This is where things get interesting. Ryan Whiting appears to be returning to form just in time, but a contingent of young throwers will be chasing him for that final spot.

A few years ago Americans had trouble getting the World Championship qualifying standard. But this year already six throwers have surpassed the mark, which will add some intrigue to a close competition at the US Championships. The two throwers leading the way this year are Mason Finley and Andrew Evans. Finley has not faced off against the top Americans so far this year, but is the only guy to compete in Europe already and had a strong finish in Holland. Evans, meanwhile, has dominated the domestic windy circuit. His sole loss to an American came recently to Rodney Brown at the Ironwood Classic. Brown will be among a group of throwers chasing down Finley and Evans in a fight for make Team USA.

With the retirement of AG Kruger, the approaching retirement of Kibwe Johnson and the absence of Olympian Conor McCullough this season, the men’s hammer throw landscape has started to change. But a familiar name is still on top in the meantime as Johnson will look to claim his fifth US title and make one last World Championship team this week. McCullough also plans to make his outdoor season debut at the meet. Rudy Winkler recently captured the NCAA title, but has been well off his best from last summer. Don’t be deceived though: he entered last year’s Olympic Trials is similar form and ended up the champion. Sean Donnelly has also shown added consistency this year to produce the second best mark of the season. As it stands, no American has reached the World Championship qualifying standard of 76 meters. However athletes can nevertheless qualify if they find themselves ranked in the world’s top 32 at the end of the qualifying period. Johnson, Donnelly, and Winkler are all currently in the top 32. However they will likely need an improvement to secure their spot in London.

As with hammer, no javelin throwers have met the IAAF World Championships qualifying standard this season. Last year four throwers broke 80 meters, but this year no one has thrown the mark, let alone the even tougher 83 meter standard. With wins at the Ironwood Classic and Tucson Elite, Riley Dolezal is the favorite entering the competition. Tim VanLiew was injured earlier in the year but came back two weeks ago with a strong 77 meter throw to throw his name in the mix. Defending champion Cyrus Hostetler has not competed since April, but looks to improve his season’s best and contend for the title. Michael Shuey also recently placed as the top American at the NCAA Championships and will be fighting with a close field to get on the podium.