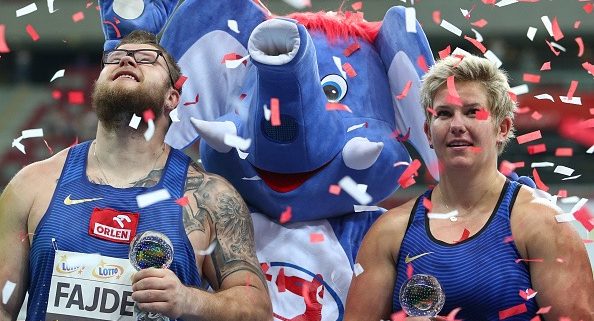 Last week we posted our hammer throw world men’s rankings and women’s rankings. That was just one man’s perspective on the year. In order to get a higher level picture of the year, we decided to compare the major rankings. Below you will find two more subjective rankings from leading publications Track and Field News and Athletics Weekly, both compiled expert panels. In addition, we have included the computerized rankings from All-Athletics. In 2018 a new ranking developed by All-Athletics will be launched and be used by the IAAF in the qualification process for major championships.

Overall, the rankings came to very similar conclusions. The major differences emerged from athletes that competed less or had fewer head-to-head matchups with their competitors. For example Gwen Berry had the widest range of rankings with ranks as high as 4th (All-Athletics) and as low as 9th (Track and Field News). Wenxiu Zhang also ranged from 5th to 9th. But all rankings included the same top 10 athletes and no other athletes in the top 10 deviated more than two spots.

In the men’s rankings there was even more consesus, with no deviations more than three spots. There was some disagreement, however, on who deserved the last spot in the top ten. Track and Field News and Athletics Weekly gave veteran Marcel Lmonicky the nod, while All-Athletics and our rankings pointed to young Bence Halasz. Lomnicky had slightly more consistent marks throughout the year, but Halasz was better in all on our key metrics: World Championships placing (11th vs. 13th), head-to-head competition (3 wins vs. 1 win), and season’s best (78.85m vs. 77.92m).