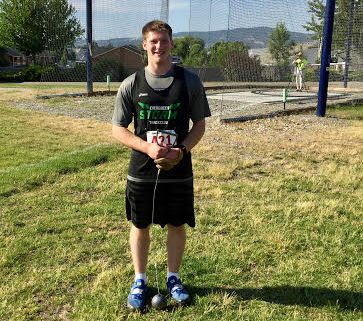 Trey Knight (Ridgefield, WA) has started the season on a roll. The sophomore reached a new level on Friday as he hurled a new national sophomore class record at the Super Throwers Indoor Series #4 at the Willamette Striders Indoor Training Facility in Oregon City, Oregon. 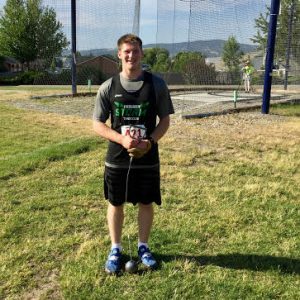 As a freshman last year he set national freshman class records in both the weight throw and hammer throw. Already this indoor season Knight broke the national sophomore class weight throw record, previously held by Walter Henning (St. Anthony’s, South Huntington, NY) with a throw of 75’00.50″ back in 2005.

But his performance Friday was perhaps his most impressive yet. He broke the national record four more times in one competition, including a best of 80’07.25″ in the final round. His new best makes him one of only 16 high schoolers ever to break 80 feet, and also sets a new Washington state indoor record.