Every month we take a deep dive into the latest research in sports science. In the June Sports Science Monthly we start off by looking at new research on how parents can affect athlete development. We then give you the latest updates on how hormones change while recovering from exercise, mental health, collagen and tendon pain, functional movement screening, and more. 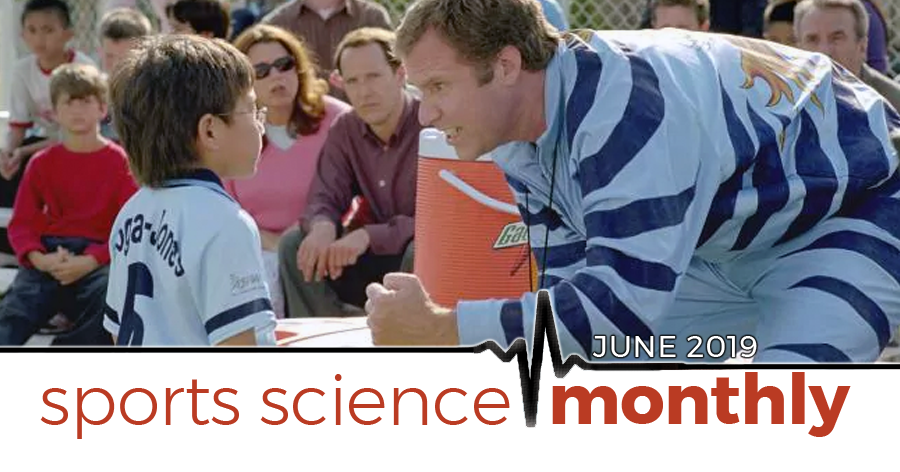 » Quick summary: The attitudes parents hold towards sport can have a significant influence on their children’s sporting development; as such, interacting with parents to foster a positive attitude could be crucial.

When considering the developing athlete, it’s easy just to focus on the athlete themselves, dealing with their psychological and physiological development and improvements. However, we are becoming increasingly aware that we also have to consider the athlete holistically, taking into account their developmental environment away from training. A huge influence in this area is likely to be the maturing athlete’s parents or guardian, for a number of reasons. Firstly, the parent/guardian is the individual most likely to identify a sporting activity for their child, and continually transport them to and from that activity; their attitudes towards a given activity are, therefore, very important. Additionally, the parent(s) belief’s around sport—and how important it is—are likely to rub off on the developing athlete, as they tend to spend a lot of time around, and have contact with, that parent. This is why a recent article, published in the European Journal of Sports Science, caught my eye. In this study, the authors investigated 229 athletes from both Canada and Australia, exploring the previous sporting achievement level of each athlete’s parents. This is potentially important because there is the likelihood that the parent’s previous sporting experiences will affect their beliefs and attitudes towards a given sport, which, in turn, can be passed on to their child’s beliefs.

The results showed that elite athletes were significantly more likely to report that at least one of their parents had previously taken part in sport at the recreational level when the athlete lived with them; almost 57% of elites had a parent who had competed at this level, compared to 39% of non-elites and 39% of sub-elites. When exploring competitive sport, the trends were similar—41% of elites had a parent at this level, compared to 18% of sub-elites—but again, this trend was only true for when the athletes lived with their parents; i.e., in their formative years. If we examine the data for parent participation at any time—including before the athlete was born—we see that there isn’t any difference between the groups, apart from fathers; here, the elites athletes reported significantly higher rates of competitive experiences of their fathers (75%) compared to non-elites (56%). A closer look at the data gives some further interesting findings. For example, none of the non-elite athletes reported that either their mother or father had previously been competitive at the elite level, whilst 16% of the elite athletes did—a significant difference.

This tells us some potentially important things:

This suggests that a parent’s activity level has an influence on the future performance of their children. There are a number of potential reasons for this—and I’ll get to a significant confounder in a minute—but it raises the potential that parental activity influences their beliefs and values regarding sport, which in turn influences their children’s beliefs and values, which in turn modifies their sporting attainment. There are a variety of potential drivers here; having a parent who understands sport may lead to earlier sampling of a variety of sports, along with greater encouragement. It may lead to greater emphasis being placed on sport. It may allow the parent(s) to make better decisions regarding the child’s coaching and sporting activities. The potential mechanisms are varied, and the specific one(s) is currently unknown, which is why this represents a potent area for future research.

Obviously, there are some problems within these findings. For example, it’s hard to disentangle the effects of genetics. Whilst we don’t know which genes (outside of a handful) predispose to elite sports performance, we nevertheless are aware that genetic variation is a significant contributor to elite athlete status, with some studies suggesting that as much as two-thirds of the variance in elite athlete status may be driven by heritable factors. As children share half of their DNA with each parent, it’s clear that the children of previously high-level athletes are more likely to have the genetic variants that predispose to future elite performance. Conversely, children of parents who were not successful sports players likely don’t have as many genetic variants associated with elite performance.

As such, it’s difficult to draw entirely firm conclusions—and observational research will never be able to establish causality anyway—but given the known importance of parental support on athletic development, it’s clear to see that this could be an important line for future research.