One of the constant struggles we have in Switzerland is keeping athletes involved in the sport after they retire. If you look at the all-time list in the hammer throw, only two of the top 25 throwers (myself included) are actively coaching. A few others coached briefly, but for the most part once athletes retire we will never see them again.

I learned the need to give back as a young athlete from my first mentor, Harold Connolly, who died nine years ago today. Connolly likely dedicated more time to the event after he stopped training. In the process, he continued to move the sport forward and was the catalyst in the American hammer throw resurgence we see today. Two decades ago, America had just 6 throwers among the world’s top 100, and just two ranked higher than 69th. Today we have 6 in the top 35 and 5 in the top 25. The level is so high now that Sean Donnelly threw 76 meters at the US championships and missed out on making the World Championship team. Conor McCullough won the meet. Who was his mentor? Harold Connolly. 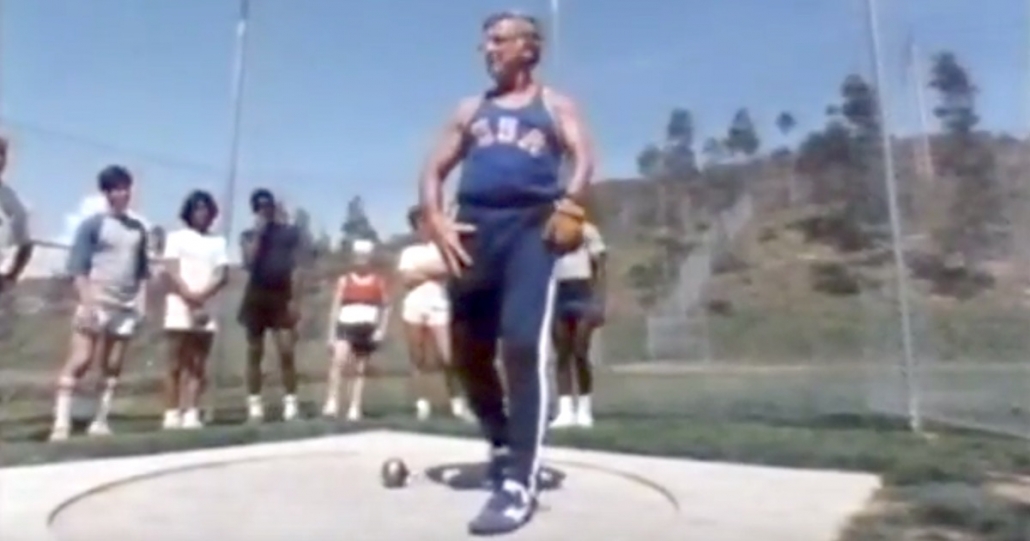 A case study on giving back

Harold’s accomplishments as an athlete are hard to match, especially for an athlete born without the full use of one arm. Over two decades as an elite athlete he made four Olympic teams, won America’s only gold medal in the past 95 years, and set 6 world records. He also continuously held the world record for 9 years from 1956 to 1965.

This was not easy in an era where there were no professional athletes. Training was always a balancing act, and Harold also worked as a teacher and in other jobs to pay the bills. After he retired from throwing, he continued to teach and then work as an administrator, all while raising 6 children.

Despite his various commitments, he always found time for the hammer and worked towards his dream of seeing another American on the Olympic podium until the day he died on August 18, 2010. Just one month before his death, McCullough was visiting him to prepare for the 2010 World Junior Championships. In speaking with McCullough recently, I asked him what he had learned from Connolly. Like me, he learned a lot about hammer technique and training, but that wasn’t the lasting effect since many people could have taught us those points. The biggest thing:

“As I think back, it was his passion and drive that really left an impression. That passion drove a daily progress toward his goals be it in the gym, or at home with family.”

Connolly was paying it forward. After his visit, McCullough won the World Junior Championships and set the American junior record.

Switzerland is an expensive country. In order to pursue high performance athletics, most individuals put their personal lives and career on hold. So, at some level, it makes sense that they focus on other things after they stop throwing. Now they can make up for lost time with their family and jobs.

But Connolly had as much or more commitments outside of sport and he always seemed to find the time. In the early 1990s he was burning the midnight oil as the Director of U.S. Programs for Special Olympics. When Frank Gagliano asked him to volunteer some time at Georgetown University to help an up-and-coming hammer thrower, Connolly didn’t flinch. That thrower was Kevin McMahon, who went on to become a two-time Olympian and is still ranked fifth all-time in America.

McMahon and Conor McCullough would have been a good throwers without Harold Connolly. But would they have been US champions? Or Olympians?I don’t know. If Connolly had simply walked away from the sport, American hammer throwing would likely be in the same lowly spot it had been two decades ago.

And now as Connolly’s mentees age they face the same question he did: how can they stay involved. When we had McMahon on our podcast earlier this year, he discussed how Connolly’s influence and his own efforts. While he previously coached both youth and world-class athletes, now he is seeking to inspire the next generation of throwers in a different way as a mentor and through his art projects. Either way, the tradition continues and McMahon wants to pay forward all the inspiration he received.

The moral obligation to pay it forward

So why didn’t Connolly just walk away? After all, no thrower has an obligation to coach after they retire, and we certainly can’t force anyone to coach. Connolly stayed involved as he felt a strong moral obligation to give back to his sport.

Sport invests in every athlete. Coaches dedicate countless hours and share generous amounts of know-how with their athletes. They help shape lives. This isn’t just a gift, it is an investment. When throwers walk away from the sport, the investment becomes worthless. When athletes stay involved in the sport, the investment flourishes and this is how the sport survives. Giving back and paying it forward is the only path to sustainable growth in sport.

From an outside perspective, it looks like it would have been easy for Connolly to have walked away from the sport after he stopped throwing. He was a busy guy, after all. But in his mind, walking away would have been the hardest thing for him to do. He owed his life to the sport and he had no other option than to stay involved. If more athletes had this mindset, not only would the hammer throw scene in Switzerland be stronger, but hammer throwers would take over the world.