Virtual reality and augmented reality technologies are starting to transform gaming and is also making headway into medicine and other fields. You might think the sporting world is the next stop, but the technology has already arrived and more and more research is coming in to look at potential applications.

From virtual reality to augmented reality

Last year, I wrote about how virtual reality might be useful when it comes to improving sporting performance. The ability to add an “imaginary” opponent to a training session might assist in better replicating game demands, in turn enhancing skill learning. This could have important implications when an athlete gets injured; they can continue to improve their skill and technique levels, without any additional load, allowing them to better recover – and, when they return to full fitness, perform better.

A recent study, published in the Journal of Sports Science, adds another potential layer as to how computer-based technology may assist in the development of athletes—this time from the perspective of developing valid injury rehabilitation tests. In this study, the authors utilized augmented reality, which is where virtual reality interfaces are integrated into the real world. In this case, the participants of the study, who were all volleyball players, wore a pair of smart glasses, which portrayed a virtual teammate on the participants side of the court. Within the visual animation, the teammate set the ball for the participant, sending it on an arc towards where the participant was stood. This is where the virtual and real worlds collided; the virtual ball moved towards where a real volleyball was situated, and, as it met this point, the players jumped up and attempted to spike the virtual volleyball, striking the real volleyball, and therefore receiving kinesthetic feedback. 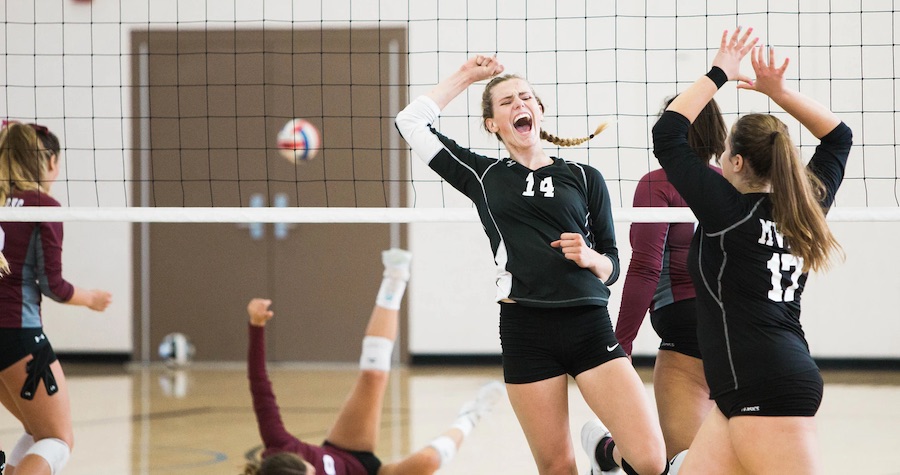 The researchers did not put together this elaborate set-up because it was fun or cool. They were attempting to create a more task representative method of making clinical assessments. In this particular case, the researchers were interested in exploring the clinical assessment of patella tendinopathy, which is a very common injury within sports that require a lot of jumping – such as volleyball. The most common clinical assessments for patella tendinopathy are drop landings and single leg squats; two exercises that, whilst no doubt a valid way to clinically assess patella tendinopathy, aren’t all that specific to the game of volleyball. A further limitation of these tests is that they tend not to achieve the same degree of force found in game-based scenarios. As such, the researchers hoped to explore whether use of augmented reality, which in turn better mimicked the game demands, would also increase the intensity of movement – and hence also the specificity of the movement. To do this, the researchers tested the participants, twelve male volleyball players who were competitive at a high level, across four different tests. The first two—drop landing and hop jump—are the most common methods of clinically assessing patella tendinopathy. The other two were a standard spike jump, and the spike jump utilizing augmented reality.

The main outcome was that the augmented reality-based volleyball spike was very similar to that of the normal volleyball spike in four key measures; peak patella tendon force, peak vertical ground reaction force, peak knee moment, and peak jump height—meaning that, as a test, the augmented reality based spike action is highly realistic. In comparison, the drop jump had far lower values of peak patella tendon force, vertical ground reaction force, knee moment, and jump height relative to the spike jump and/or augmented reality jump, whilst the hop jump suffered in terms of peak jump height, comparing poorly to the more realistic tests.

The future of augmented reality in sports

All of this suggests that the augmented reality spike jump is likely a better—or at least a more valid—clinical test for patella tendinopathy than the commonly utilized drop landing or hop jump. That the augmented reality spike achieves essentially the same scores at the real-world spike suggests that it could be highly useful, and potentially serves to increase athlete motivation in clinical tests.

This area is quickly starting to gain momentum, with a number of patents filed attempting to utilize this technology. This study is the first of its kind in utilizing augmented reality to improve clinical assessments, but other authors have utilized augmented or virtual reality as a method of improving skill performance, both in table tennis and baseball. Whilst it is obvious—and perhaps formulaic to say—more research is needed before the use of these technologies is ready for prime time. Nevertheless, it’s clearly an interesting area with a huge amount of potential; it will be interested to see how it develops in the coming years.