George M. Perry is a running and sports performance coach with emphases on movement training and post-injury return-to-play. Edited with minor contributions from Martin Bingisser.

Most coaches’ instruction approaches drills biomechanically: body positions, joint angles, activation patterns underlying movement sequences. These referents require an internal focus of attention. Athletes are directed and trained to think about how they are moving their body. What if we have been going about it all wrong? What if athletes instead focus on the intended effect on an implement, the environment, or something else external to the athlete’s body? 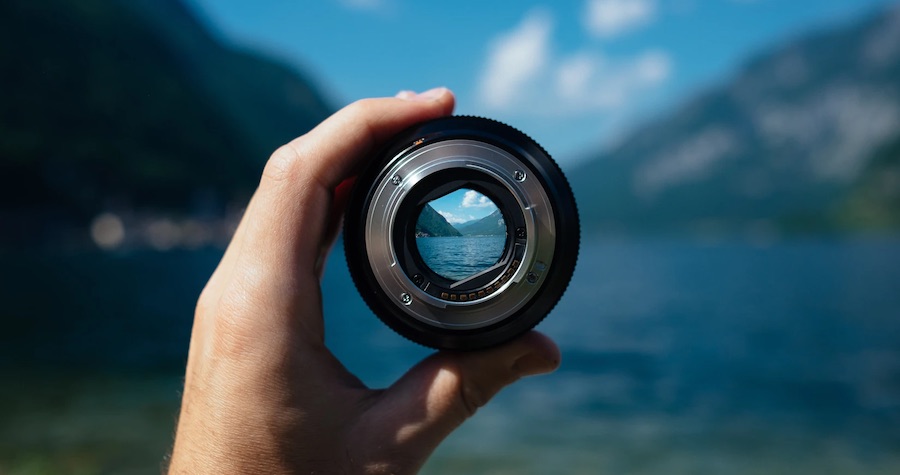 Internal focus is our default

Most running and athletics coaches will likely have the same reaction I did when I first thought of this question: our sport has no implements (other than the throws and the pole vault), and the only external feature we interact with is the ground. So it is no wonder that we default to internal focus.

Research proves this point too. Dr. Jared Porter and his colleagues showed this by interviewing athletes competing in the USA Track & Field Outdoor National Championships. When asked about how coaches train them and what they focus on in their feedback, they found most coaches cue an internal focus of attention in training, and therefore athletes focus on internal factors while competing.

Even in sports without an implement, external focus can bring real benefits. A later study by Dr. Porter used Division I athletes from four sports in a standing long jump test. Athletes completed four jumps, receiving one of the following instructions before each: a control condition to “jump as you normally would;” an internal focus to extend their knees as rapidly as possible; an external instruction to focus on jumping past the start line; or another external focus to try to jump past a cone three meters away. The latter two instructions were to determine if having a “near” or “far” external focus had any additional effect.

On the other side, the athletes had their worst performances with the internal focus of attention. Their jumps under the control condition – “do what you would normally do” – were better than when they were a given a very standard coaching cue: “focus on extending your knees as rapidly as possible.”

The immediate improvement induced by the external focus of attention reveals that “what you would normally do” was suboptimal. These athletes had years of testing, training and combine-preparation experience in the standing long jump, most recently under the guidance of Division I Certified Strength and Conditioning Specialists (CSCS), and yet a verbal cue produced a significant improvement. This isn’t an isolated study, either (see Makaruk). Looking at the research together it seems that it’s better to say nothing to your athlete, or simply say something bland, then to say anything that will bring their attention internal to their own body.

Makaruk gave national-level shot putters an external or internal focus of attention while performing underhand or overhead throws with a shot. These were once again highly-trained athletes doing a task that is very common in their training.

This shows that focus of attention is a feed-forward phenomenon. It does not require any sort of sensory feedback to have its effect (unless, of course, it is an accuracy test). 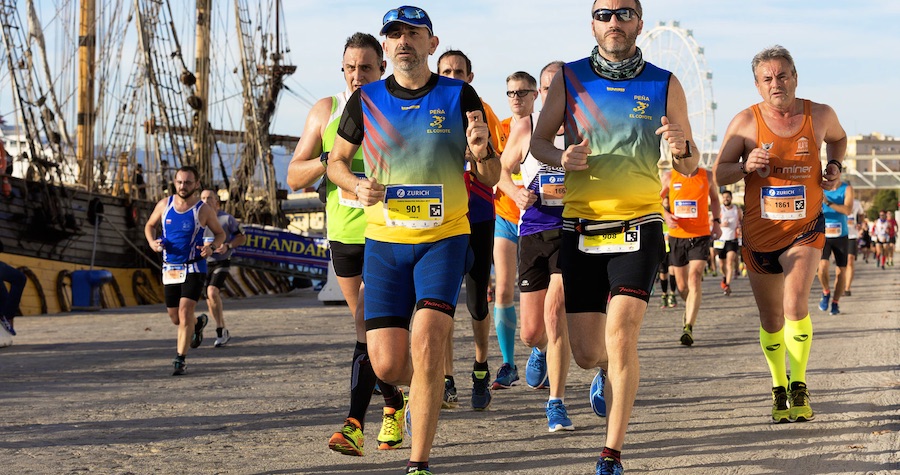 Running is the most popular activity no one ever learns how to do. Often there is no teaching at all going on. But even in running, there is a big role for external focus.

As the jump studies show, as long as the focus of attention is external to the athlete, athletes can get the benefit of external focus even if their sport doesn’t involve any implements or equipment. This could be done by giving a runner a target to run to. A coach could tell an athlete running intervals on the track: “Focus on the next turn. When you’re on the straightaway, look through the turn. When you’re on the curve, focus on coming out of the curve into the next straightaway.” If the athlete is running on roads, she can select a point some distance away – an intersection, the tallest tree, a trashcan along the trail – and as she passes one she selects the next, shifting her attention through a series of external foci.

You can also take the Makaruk research a step further and use an external focus that the runner cannot see. Dr. Porter mentioned this aspect when he and I spoke about how to apply external foci to running. He recommended putting athletic tape on an athlete’s body, and then giving instructions relative to the tape. Depending on where the tape was, the athlete may not see it while performing the task, so it will not be a source of feedback.

Dr. Porter summed up the whole concept perfectly in his 2013 study: “Coaches should promote practice environments that mentally engage the athlete rather than allowing practice to be a mentally passive activity that primarily targets physical performance.”

This is what I found when applying these concepts with my athletes. One runner in particular had completed four marathons and tens of thousands of miles of training runs. We had been working for a while using internal cues such as “heel to hamstring” to improve trail leg mechanics without much success. But a little tape on her shoes and shorts helped her quickly improve her toe-off and trail leg mechanics. By telling her to bring the bottom tape up to the top tape, I quickly saw mechanical changes. It wasn’t in what I said, but the fact that I had set up a challenge that better engaged her to put the focus outside of herself.

More engaged athletes improve faster. It sounds obvious because it is. But we often forget that in favor of what is easier or what we’ve always done.