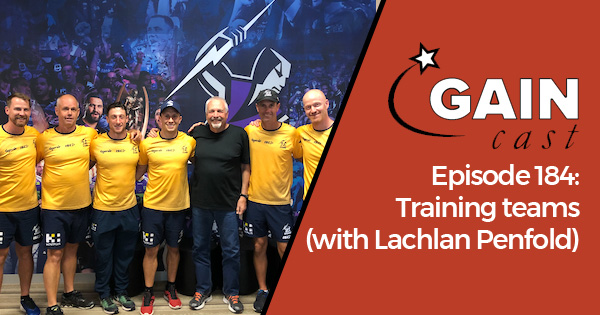 When Melbourne Storm director of performance Lachlan Penfold came on the show in 2018, we focused solely on his coaching journey that has led him through the NBA, NRL, AFL, Super Rugby, Rugby 7s, Olympic softball, javelin, baseball, and much more. On this week’s GAINcast we have him back on to dig deeper into his approach to training team sport athletes, including his thoughts on workload, speed, monitoring, testing, injuries, and more.

As mentioned, Penfold is currently with the Melbourne Storm where he helped them win one premiership, two minor premierships, and one runner-up finish in three seasons. He previously worked with the Golden State Warriors as they set the NBA record for most wins in a season, helped the Sydney Roosters to an NRL title, supported Australian softball winning Olympic silver, as well as many other top teams along the way.