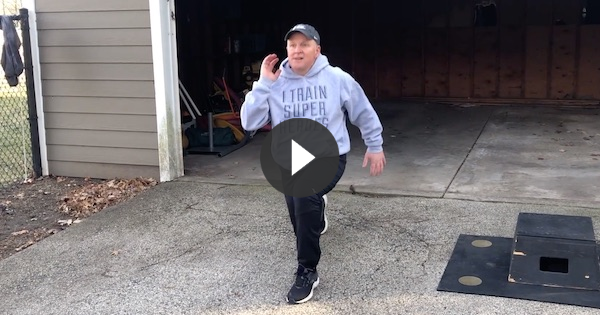 There is probably no one who has had a bigger impact on me as a coach than Vern Gambetta. In 1999 North Shore Country Day had a Master in Residence Program and then Head of School Julie Hall said I could pick the Master in Residence for PE and Athletics. On a recommendation from another coaching friend, I picked Vern Gambetta. To me Coach Gambetta was and is the perfect example of a North Shore Master Teacher in PE and Athletics. He has taught and coached from the junior high to professional level. He has a multi-sport coaching background. In the 1980’s and 90’s he worked as one of the early Athletic Performance coaches in professional sports, working for both the Chicago White Sox and Bulls. He has also worked for US Mens Soccer, US Women’s Ice Hockey, Tennis, Swimming and he started USA Coaching Education in Track and Field. But he also believes that all athletics start with mastery of fundamental movements thus Physical Education is essential. To me in many ways, having Vern Gambetta as our Master in Residence was essential to our Athletic programs turnaround in the first decade of the 21st century.

Coach Gambetta is known for many different aspects of training. But to many of us who have known him well, nothing has made a bigger impact on us than his Leg Circuit. If there was a strength routine that has a bigger impact with no equipment like the leg circuit, I want to know about it. Below is a video of me doing 1 set of a leg circuit. The goal is to work up to five sets with no rest between exercises and no rest between sets. At 57 years of age, I need some rest so that is why there is rest in the video. Leg Circuits are the perfect lower body strength routine for athletes who have limited access to gyms and equipment. And — to be honest — mastering a leg circuit is probably better than what most athletes do in gyms when they are open because a leg circuit is so fundamental to everything else.

A leg circuit is made of 4 exercises.

The first exercise is prisoner squats. In a full leg circuit, you would do 20 prisoner squats (also referred to as body weight squats) trying to keep a rate of 1 a second. The key here is not just to make sure you go low enough but also to come up and fully extend at the hips.

The second exercise is alternating forward lunges. You are doing 10 on each leg or 20 total reps. The goal is again to keep a pace of one a second. This is more difficult to do while lunging.

The third exercise is Step ups. You can use a 12 – 18 inch box here and again are doing 10 on each leg or 20 total reps. Start with one foot on the box and think about pushing off the top of the box and fully extending at the hips. A common mistake is pushing off the ground which is a mistake. You also should focus on having a full foot on the box something I am struggling to do here.

The fourth and final exercise is jump squats. You need to do 10 reps of jump squats. (One error in my performance in this video I noticed is that I throw my hands in the air after each jump. You should keep your hands at your side to emphasize leg and hip action.) Watch me complete one set of a leg circuit and explain it below.

This program had its origins in the early 1980’s. Originally it included the single squat and the reps were in the ten to twelve range. After experimentation this sequence and sets and rep range was settled on in the early 1990’s. The Leg Circuit is the foundation for more specific work to follow in terms of absolute strength and plyometrics. This is a program to establish a strength and power endurance base. It is also a very useful tool to use in lower extremity injury rehabilitation to rebuild a work capacity base in preparation for return to play. The basic prerequisite for progressing to heavier lifting and high level plyometrics is the ability to perform five full leg circuits without stopping. When an athlete has progressed to this point they are ready! The key to the effectiveness of the circuit is the speed of the repetitions. The goal is one rep per second. This fast eccentric work results in extreme soreness. It is best to do some striding and hurdle walkover drills after the Leg Circuit. This is not possible on the lunge and jump squat because of the amplitude of the movements, but with those exercises it should be as close as possible to that rate. The squat should break parallel. The lunge length should be as long as the athlete is tall. The step up is an alternating step up on a low box – 14 inches. On the jump squat the arm are held at the waist to accentuate the work of the legs.

Vern has detailed some basic six-week progressions for beginners and experienced athletes on his blog. There are also other variations you can use. The one I most commonly use is a Mini-Leg Circuit in which external resistance like a weight vest or a sand bag can be added. Mini-Leg Circuits are:

Mini-Leg Circuits are great as part of a larger circuit with an aerobic component like running or stationary bike. If you are trying this and are older like me — I am 57 — start with sets of Mini-Leg Circuits with no resistance or one set of 1/2 leg circuits or one set of Full Leg Circuits. I promise you, the first time you do this, you will feel it the next day. So be cautious at first.

Leg circuits are simple yet complex. DO SOME LEG CIRCUITS — But be forewarned. Where ever you start, they will be painful at first.