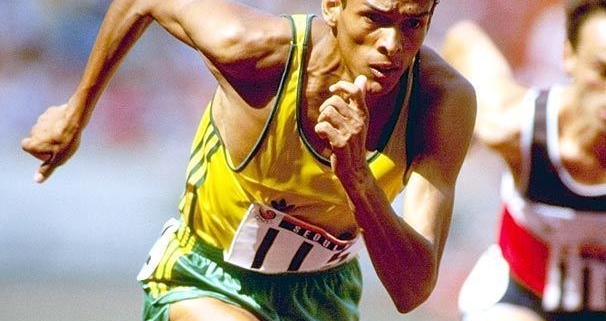 Today’s post again is a workout that athletes can do indoors or outdoors and solo or with a partner with proper social distancing. It’s an awesome field circuit workout that I call the Oregon Circuit. Although the name is representative of the University of Oregon’s track and field tradition, its roots are with Brazilian soccer players. So it’s a multi-sport workout that is flexible to the person and the facility that you have available.

The Oregon Circuit is a workout I learned from Dean Matthews. Dean was one the best US marathoners of the first running boom in the late 1970’s and early 1980’s. He ran a personal best of 2:11 in the marathon and was a winner of the Honolulu Marathon and the Marine Corps Marathon. For those of you who are big running nuts, it should be noted that Dean was Dick Beardsley’s training partner heading into the Boston Marathon of 1982 — the famous “Duel in the Sun.” Dean led the early miles of Boston that year — unfortunately ultimately recording a DNF — while his training partner Dick Beardsley dueled Alberto Salazar to the line in the most memorable Boston in my lifetime. 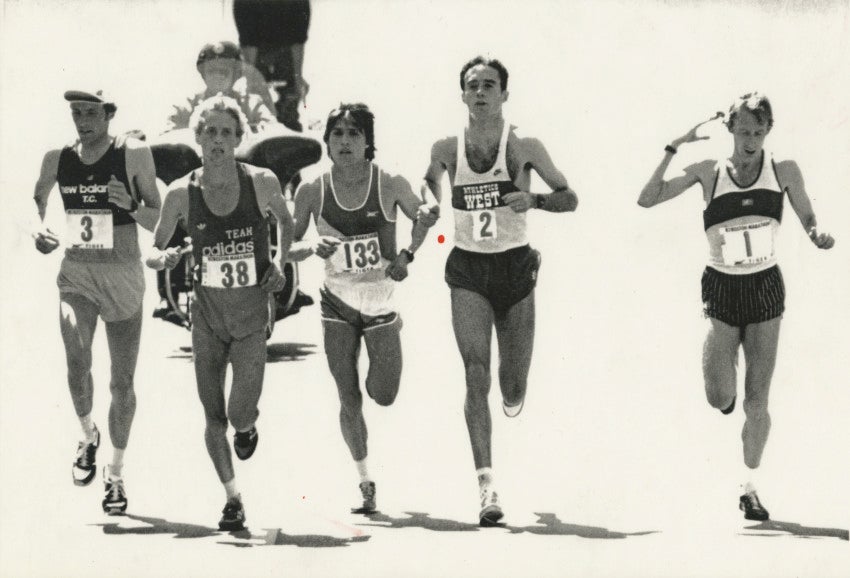 I met Dean when I was living in Jacksonville, Florida, and he was starting a side business in the area coaching semi serious recreational runners like me. His coaching helped me get back into shape after a long layoff which ultimately allowed me to run my last good marathon of 2:36 in 1996. I love this workout and I think of Dean every time I use it with athletes I coach. I have used a variation of this circuit with Middle Schoolers through professional runners. 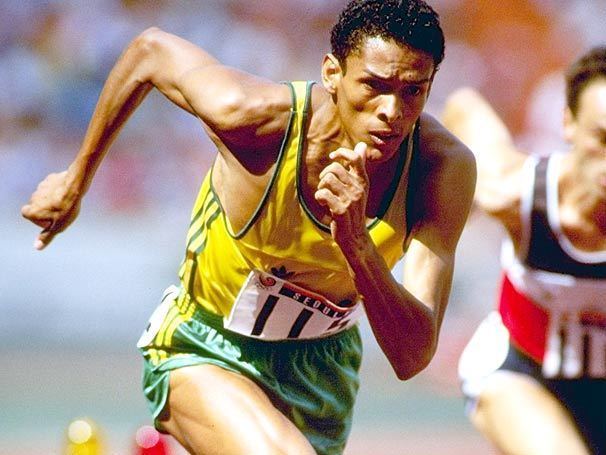 The University of Oregon offered Cruz a scholarship after he ran a World Junior Record (a junior is 19 years old or younger) of 1:44 for 800 meters. According to my understanding of what it took to get Cruz to enroll at the University of Oregon, he was allowed to bring his Brazilian coach Luiz de Oliveira along. So even though Cruz represented the Oregon Ducks, he was coached throughout his years there by de Oliviera. The arrangement was unique, but it did lead to multiple NCAA titles and ultimately an Olympic gold medal in 1984 and a silver medal at Seoul in 1988. The legacy to me of that era is this workout which is very different than most running workouts coaches in this country prescribe.

I have been told that coach de Oliveira had a strong soccer background and this workout, which I find best to do on a soccer field, has its ultimate roots in Brazilian soccer conditioning. de Oliveira brought this workout to Oregon where I presume Dean Matthews learned it while he trained in the Eugene area, and I got it from Dean.

Here are the details of the workout:

A look under the hood

Remember we do this circuit in part to develop neglected muscle groups that supplement running. You will find it useful in developing strength, coordination, concentration, flexibility, FUN and variety. Your running form will improve as you become more proficient with the drills. Improved form means a more efficient runner = faster times with less energy.

I love this workout for a whole bunch of reasons.

First, this workout can be done anywhere. I like to do it on soccer or football field. But I have done it with athletes on a snowy or rainy day in a gym.

Second, just like the location of the workout, the workout itself is endlessly adjustable and adaptable. The most common adjustment is to change the exercises. One exercise change I like is in each group of three to do an upper body, a lower body and a core exercise.

You can also adjust the volume of exercise. I remember when I first did the workout, Dean had me time how many reps of each exercise I could do in a minute. Based on that max number, he prescribed a number for the circuit. If I did 45 Jumping Jacks in a minute, he told me to do 22 Jumping Jacks in the circuit. Testing and then prescribing a number of reps per exercise is one way but for a large group I like a time for each exercise just as well. I usually start with 20 seconds per exercise. Also instead of 100m Sprints after each exercise, you can shorten them and make them less (30, 50 or 60 Meters or whatever you have). Lastly you don’t have to do a timed mile after a set; you could do a 1/2 mile or a timed run of 5 minutes or whatever your running emphasis might be.

Any part of this workout can be and should be adjusted based on the level of the athlete you are working with and the sport they are in. I like to use this workout as a transitional workout between cross country season and track season. Or in the summer time as a change of pace from the typical pattern of getting in base miles. However, this could be a great speed workout for those who do not have a track. In the video below, I am doing this in March with 3:55 miler Peter Callahan while we ride out the pandemic and wait to hear when outdoor meets might start. We don’t have a lot of training options right now as our community tracks are locked.

Three sets of this circuit is a very high volume day of work. That will be 2-4 miles of warming up and cooling down, 2700m of field sprints and 3 miles of timed miles which is pretty close to 9 miles of work. It can also take well over an hour to complete.

This workout will make you feel great and help you with the efficiency of your movement which may actually keeps you healthier. It definitely will make you faster. Its also a bit of a forgotten workout. So I hope by posting it today, I can remind people about the variety of ways you can get fit and stay in shape. I hope you give it a try. Happy Workout Wednesday!

Check out Peter Callahan doing it on our fields as I keep a proper social distance.