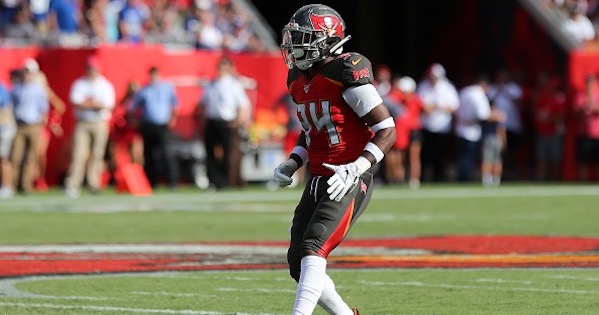 It’s a common saying in life that sometimes we have to take a few steps backwards in order to move forward. However, Aaron Uthoff, a researcher based in New Zealand, has been taking this literally with his recent research on backwards running, the findings of which we might all be able to utilize in our practice as a means of enhancing performance.

The importance of running backwards

In a review paper published (open access) in Sports Medicine, Uthoff and his colleagues write that backwards running is a common occurrence in many team sports, as players scramble to get back into positions for different stages of play, or need to keep their vision on a particular aspect—such as an opposition player—as they move themselves around the pitch. As anyone who has run backwards can attest to, doing so is quite hard; the plethora of visual information we have when we run forwards is significantly reduced during backwards running, as we’re facing away from our direction of travel.

Within team sports, backwards running is surprisingly common; approximately 5% of total game time is spent moving backwards, whilst less than 2% is spent in a forward sprint. Furthermore, elite soccer players spend a greater proportion of their time running backwards than less elite players. As a result, backwards running is likely an important—and under-emphasized—component of high level performance that deserves a further look, and, in addition, backwards running has been shown to be a powerful training stimulus and a means of reducing injury prevalence – a potent finding indeed.

The demands of running backwards

In order to better understand the effects of backwards running on athletes, in their review article, Uthoff and his co-authors searched for published papers, conducted in humans, that appeared in peer-reviewed journals. From an acute standpoint, they summarized that backwards running appeared to place increased metabolic demands on the body when compared to forward running, with studies suggesting the metabolic cost was around 30% higher. The reasons for this increased metabolic demand include the fact that around 10% more muscle volume is recruited during backwards when compared to forwards running, and that backwards running relies less on the stretch shortening cycle, reducing the eccentric component and increasing the concentric demands on the muscles.

There are also substantial differences in the mechanics of forwards and backwards running, with backwards running typically requiring lower range of motions at ankle, knee, and hip, which results in a decrease step length and a concurrent increase in step frequency when compared to forwards running.

Put together, this suggests that backwards running—a common action in team sport competitions—may also be a useful training aid. As the mechanics of backwards running differ from forwards running, it represents an opportunity to change the loading on the athlete, which may promote more holistic, well-rounded development, along with balancing tissue loads and hopefully reducing injury rates. Backwards running may also promote favorable training adaptations in terms of running economy, strength, and change of direction ability, making it a worthwhile tool to have in your coaching toolbox.

Building on their initial review, Uthoff and his collaborators then published a second paper, this time in the open access Strength and Conditioning Journal with a more practical slant, focusing on the “how” of utilising backwards running. They promote a three-phase model, comprised of

In their 8-week sample program overview, the number of slow (40-55% maximal velocity) repetitions is gradually decreased, whilst the total number of fast (>90%) repetitions is gradually increased. Overall, Uthoff and colleagues recommend building to a total of around 15 repetitions per session, over a distance of 15-20m per rep, for a total of 220 – 300m per session. If there isn’t the time or ability to promote specific training blocks to backwards running, a secondary option is utilizing it within warm-ups, allowing for a gradual accumulation of backwards running over time.

It’s becoming increasingly rare to find something that is currently being under-utilized that has the potential, when added to your training program, to enhance performance. Backwards running certainly appears to have a lot of promise, so it might be worth exploring with it in your practice; give it a go and let us know how you get on!