When we talk about agility in sports, you cannot separate the concept from perception. What makes the quality of agility unique is that it is a movement in response to a stimulus. How we set up training to deliver that stimulus has an impact on whether our agility training will actually transfer to improve agility performance in games. In the article below I look in more detail at the role of the stimulus in both training and competition.

» Related content: Preorder Frans Bosch’s new book Anatomy of Agility in the HMMR Store and learn even more about agility.

Change of direction speed vs. agility

Before we look more at agility, it is helpful to distinguish agility from change of direction (COD). It is well accepted that COD speed and agility are different qualities (1, 11). COD ability involves pre-planned changes of direction or speed such as lateral cutting or stopping hard. The athlete knows when, where, and how the COD movement is to be executed. An example in sport is running multiple bases in baseball or softball.

Agility also has a COD movement, but what makes it unique is that this movement is performed in response to a stimulus (6). For example in basketball, the attacker requires agility to evade defenders to either move down the court or to gain enough time or space to pass or shoot effectively. In this example, the attacker responds to the movements of defenders (stimulus), before the agility maneuver is performed. Defenders require agility to move quickly e.g. to lateral shuffle, to block an opponent, or to reduce time and space to force an error and achieve a turnover.

In my opinion, a problem arises when coaches view COD ability as a component of agility. I think that I may have contributed to this perspective because of an article published in 2002 (8), that shows a model where agility is determined by two factors: COD ability and a cognitive component (decision making). Many coaches have referred to this model to justify a strength and conditioning focus on the COD component in isolation. Agility might involve a COD movement, but that does not simply mean that COD is a component that can be easily isolated in training. It is often assumed that by training the COD component with pre-planned drills, there will be a positive transfer to agility performance on the court or field. In my opinion, this is a controversial topic that deserves a comprehensive discussion, but is beyond the scope of this article.

Where a generic stimulus falls short

So we know that what makes agility unique is the stimulus. So how do we recreate that in training? Should a coach simply create a drill that involves any decision-making component? It’s not exactly that simple.

One approach is to use a generic stimulus that is not specific to any sport. Examples of this are the use of flashing lights, flashing arrows, pointing by the coach, or verbally calling out the direction the athlete is redirected to. While this approach is very easy to administer in a training session, it is important to understand the limitations. It might promote fast reactions, but there is less need for correct decision making, anticipation, or contextual perception.

When reacting to an opponent’s actions in a game, the athlete needs to make a correct response (eg. to avoid being deceived by a fake pass), as well as a fast response to achieve effective agility performance. The speed of the decision making is a function of perceiving the stimulus and then processing it quickly. Higher level athletes have the ability to anticipate their opponent’s actions (5). This means they can sometimes execute their response even before the opponent has completed the change of direction stimulus (2). They do this by using a particular visual search strategy to identify the important postural cues from their opponent, which provides information about the likely direction they will move (5). An example is a subtle shift in body weight in one direction, despite looking in another direction. This anticipatory skill is known to be a distinguishing feature that separates elite athletes from lower standard players (2). Interestingly, higher performing players are not superior than their lower standard counterparts in tests of non-sport specific reaction time tests (3,7, 9).

Using a generic stimulus in agility training can be useful for introducing a “time-stress” to agility movements. If the athlete is moving in a particular direction and a visual or verbal stimulus is presented to signal the athlete to redirect to a different location, this will encourage the performer to learn to quickly adjust body position. Although this is more demanding than pre-planned COD drills and may be viewed as a progression, (10), you must remember that training with a generic stimulus cannot develop the important anticipatory skill required for evasive situations in attack or defense in games. This is because you can’t anticipate a random sound or flashing light!

Anticipation was likely developed by elite athletes through their years of experience, which may be from formal training involving agility contests, or informally from unstructured invasion games. This important perceptual and decision making skill can only be learned through exposure to activities involving evasion. The body learns best through this specific type of stimulus. Examples of recommended activities to include for invasion sport athletes are 1 v 1 or small-sided games. In small-sided games, the area of the court, field, or pitch needs to be small enough to encourage evasive skill, rather than being too open where athletes can out-sprint their opponents with linear speed. 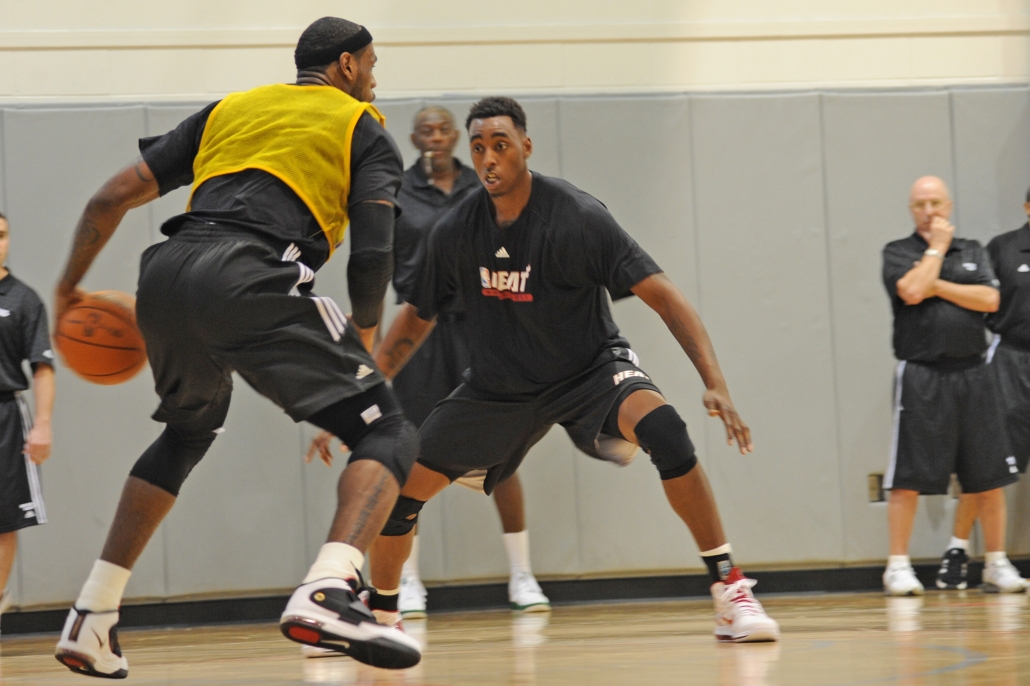 Once athletes have developed the fundamental technical change of direction skills, agility training should focus on 1 v 1 and small-sided games. This should allow athletes to learn through their own discovery the cues that provide valuable information about movements of opponents. This will then allow players to react accurately and quickly to improve their decision-making and agility. Finally, the optimum agility development will be achieved when the coach finds the right balance of physical, technical, and cognitive training for each athlete’s needs.