As the performance health series continues, let’s stop to catch our breath, and briefly review where we’ve gotten to. So far, we’ve seen that the risk of injury and illness is complex and multifactorial, with a number of different models helping us to better understand how we might get injured. We’ve discussed the influence of “load”, a broad term which can include physiological, psychological, and lifestyle-related factors. We looked closely at illness and immune function and how psychological and lifestyle-related factors such as poor sleep and anxiety can increase the risk of both illness and injury. Similarly, inadequate nutrition, especially inadequate energy intake, is also a significant risk factor. This article will continue with this last point and take a deeper look at nutrition and energy intake.

A lack of adequate energy intake, termed Low Energy Availability (LEA), is a common, often under-reported issue that has knock-on effects to all areas of performance. As its name suggested, LEA is defined as occurring when an individual consumes insufficient energy to support normal physiological function after the cost of energy expended during exercise has been removed.

It’s tempting to think that this may be due to an eating disorder—and in some cases it is—but it can also be down to poor planning of adequately nutritious meals, a lack of awareness of energy requirements, and also a lack of food availability (e.g. athlete hasn’t packed food to consume around training, or doesn’t have the financial resources to buy sufficient food). LEA is also an important component of the female athlete triad, in which it combines with menstrual dysfunction and poor bone health, and, whilst LEA is more common in females, it also occurs in males, without the presence of an eating disorder. 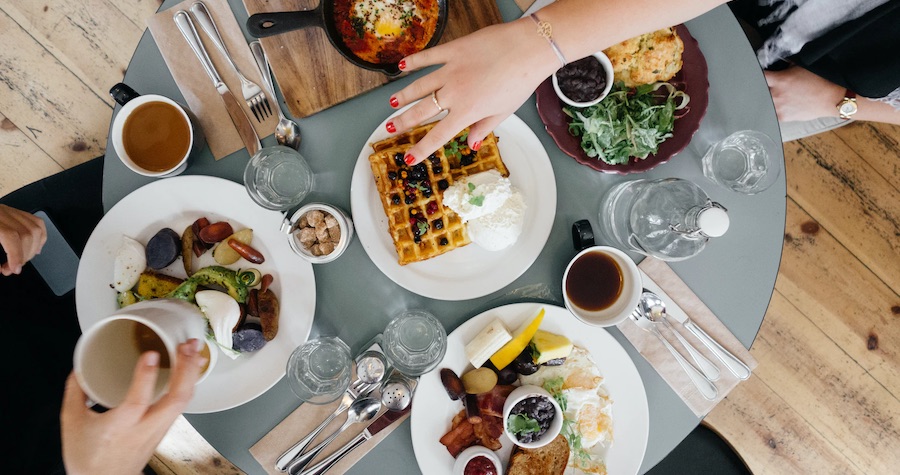 The impact of LEA

In a 2017 review, researchers explained the wide-ranging effects of, and behaviors associated with, low energy availability on athletes. The key points are highlighted in the following table:

LEA is generally characterized as the consumption of less than 30kcal per kilogram of fat free mass per day, with intakes of ~45kcal/kg FFM generally thought of as optimal for highly active individuals such as athletes. Although research on the prevalence of LEA has been limited, it tends to show that it is surprisingly common for athletes to surpass this threshold, especially in track and field. In a 2019 review of LEA in track and field, the authors suggested that around 30% of track athletes had sub-clinical LEA, with slightly lower occurrences in jump athletes (7-22%) and throwers (6%), and possibly much higher prevalence (~60%) in endurance athletes. Other studies have reported similar results in other sports, and it appears to even effect all levels of athlete, including elite (with this study on elite Kenyan endurance athletes suggesting almost 20% has subclinical LEA) and recreational athletes alike. Therefore addressing this topic can have a substantial impact of a team’s performance health.

As such, counseling your athletes around the importance of consuming sufficient energy is likely to be hugely important in combating “accidental” LEA, and is likely the first port of call for most coaches in conversation with their athletes. However, given the often close relationship between LEA, eating disorders, and mental illness, it is important that coaches recognize the limitations of their scope of practice here, and are able to refer athletes to experts where required and appropriate. It is possible to screen for LEA, with a specific questionnaire validated for use in female endurance athletes (LEAF-Q—a male version, LEAM-Q, is currently being developed), although again some athletes may be uncomfortable sharing some of this information with their coaches.

In summary, a relative lack of energy compared to the demands of an athlete’s sport and life load is associated with a host of performance and health issues in both male and female athletes, including an increase in the risk of injury and illness. Low energy availability is common across many sports and events, the cause of which is multifactorial. Educating athletes around optimal nutritional practices, including the intake of sufficient energy, is important, but for complex causes, including where eating disorders and mental health issues are present, expert help should be sought. By optimizing energy intake, we can support the performance, adaptation, and health of our athletes, increasing the chances of them meeting their performance goals.