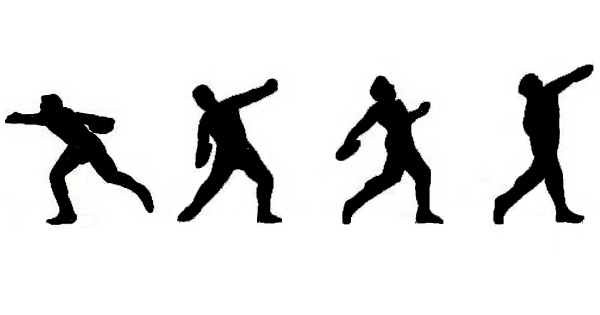 During last month’s GAIN Master Class Series event, Grace Golden spoke a lot about shapes. “Shapes” has become a bit of a buzzword over the last few years. The concept is great: if you body can’t make the shapes your sport needs, you don’t stand a chance. By focusing on shapes, we start shifting the focus from muscles to movements. But what is often missed in the message is that shapes are not enough. Shapes are just one piece of the performance puzzle. To reach elite performances, you have to go beyond shapes.

Where shapes fail us

When I started out as a coach I was focused on shapes. The camera was my best friend and I was pinpointing the shapes and positions my athletes made during each throw. It got me part way to being a good coach, but it wasn’t enough. I realized what was missing when I started working with Anatoliy Bondarchuk. As he put it to me, technique as not about mastering positions, it is about mastering forces. A freeze frame photo only shows you a position, not the forces the athlete has to counter and produce.

Physiotherapist and coach Leigh Egger explained the shortcomings to me best in a recent conversation, framing in terms from his colleague Frans Bosch’s recent book on agility:

“Shapes are just the outward looking structure of the movement. They are the outer shell. There is much more to it than that. You can also have people that show these great “shapes” but how they got there is probably more important. E.g toe-off position in acceleration you can get anyone to show a straight line from heel to head on the rear leg . . . but the sequence of triple extension and transport of energy is much more crucial.”

If you ask the coaches talking about shapes, most acknowledge this downside. Vern Gambetta has been talking about shapes for years, but he also sees the big downside he wrote about recently: it leads coaches to coach positions too much. The team at Altis has done a lot to promote the shapes idea, but they say separately that shapes, together with patterns, rhythms, and posture, is just one part of having the coach’s eye. So how do we help put shapes in context?

I don’t think we need to throw out the concept of shapes. We just need to think about it in perspective. This means that rather than asking what shapes an athlete is in, we need to ask how they get into those shapes, how they get out of them, and how we can change the shapes. This shifts the conversation from positions towards movements.

This is what was so eye-opening about Golden’s presentation. She didn’t talk about static shapes as much as she talked about manipulating shapes. This is a central tenant to her rehabilitation philosophy. Variability is always there in movement. As the saying goes, no two reps are the same. The question then is whether we resign ourselves to this fact, or if we intentionally invite variability. She chooses the later path in rehabilitation, and it is a good lesson for others to learn about standard training as well.

To help develop a robust athlete after injury, Golden isn’t chasing one shape. Instead she’s collecting different shapes. More shapes means a more robust athlete. For example, traditionally squatting has a nice symmetrical shape, but that isn’t what sport is about. We don’t play in perfect symmetry, so why chase shapes that are? Athletes need to have a robust capacity to squat out of a position that isn’t symmetrical. So she uses many varieties of squatting that aim for numerous asymmetrical shapes.

Which comes first: shapes or movement?

It is a bit of a chicken and egg question: which comes first, the shape or the movement? Stuart McMillan has said that our shapes determine technique. But you could also say technique determines shapes. You’ll never reach the goal shape if you don’t have the right movement to get there.

There is no right answer to this question because shapes and movement should not be looked at in isolation. Each one leads to the other in athletic performance. We need shapes, but we don’t need them for their own sake. We need shapes as part of movement.