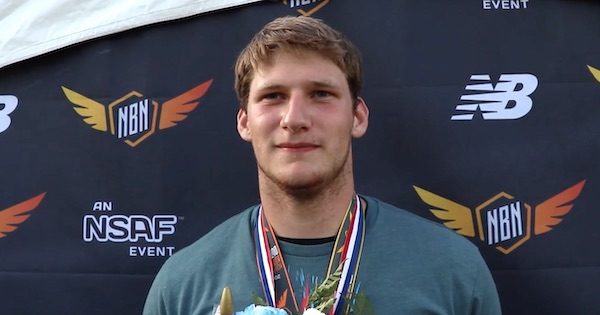 Recently Track and Field News announced their top high school athletes of 2020. Traditionally the publication names an athlete of the year across all events, which hammer throwers Rudy Winkler (2013), Walter Henning (2006 and 2007), and Jake Freeman (1999) have previously won. Given the abbreviated nature of the 2020 season, they instead named a most valuable performer this year. A panel of experts voted amongst 5 boys who produced performances that made the all-time top 10 lists, including hammer throw Trey Knight (Ridgefield, WA). Knight came out on top.

Knight only competed a few times this year, but it was enough to break the national record, the only athlete to do so in 2020. In the final voting he won MVP honors in a close vote over 400m sprinter Justin Robinson.