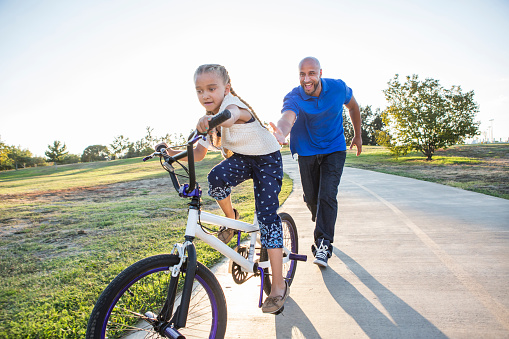 Early in the summer of 2015, my 4-year-old son decided that he was brave enough to take the training wheels off of his bike. I proceeded to do so immediately, before he changed his mind. At the start of our journey, I used to the same old techniques that we’ve all seen to get going. I started by pushing him down the sidewalk. Then I let him attempt to start the bike’s motion on his own. After too many attempts and being analytical (as normal), I noticed several things.