Earlier this week I posted a roundup of our top training resources from 2018. In addition to all the great content, I also had a lot of great experiences in 2018. Below are a few moments that highlighted my year. As always, we’ll keep sharing from about our experiences in 2019, so become a HMMR Plus Members to get complete access to all of the resources on our site, including the premium content in the HMMR Classroom. END_OF_DOCUMENT_TOKEN_TO_BE_REPLACED 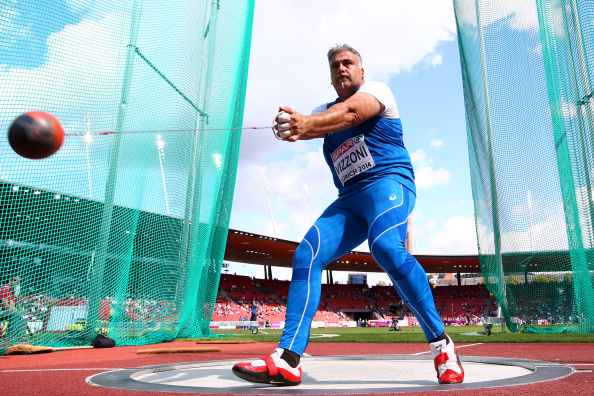 On this week’s podcast I mentioned some of the stories Nicola Vizzoni told about his competitive experiences at our recent Swiss Hammer training camp. Over dinner one night our discussion moved towards hammer throw technique and Vizzoni slowly laid out the case for why the three turn throw is harder than the four turn throw. By the time I finished dessert he had opened my eyes to the complexity of the seemingly simple technique. END_OF_DOCUMENT_TOKEN_TO_BE_REPLACED 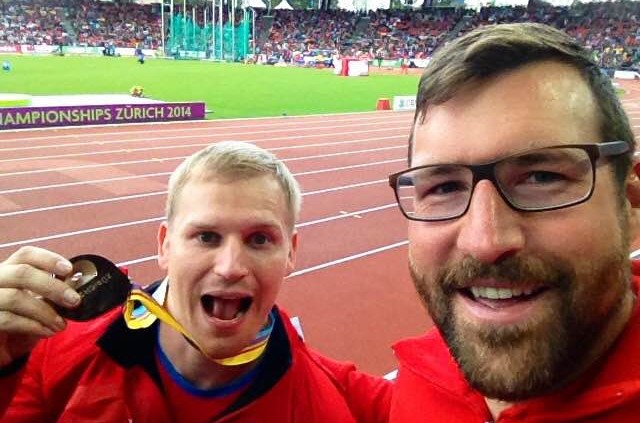 Last weekend we held our first weekend training camp for the Swiss hammer throwers. As part of the Swiss hammer project we gathered together the top athletes and coaches for a chance to learn from each other and have a bit of fun. Even though I get to work with my throwers all the time, they benefited a lot too. Having a weekend focused only on hammer let us take a step back and analyze a few things we have overlooked. END_OF_DOCUMENT_TOKEN_TO_BE_REPLACED 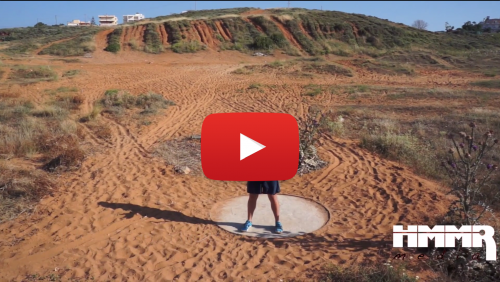 Last month I wrote about how to stay low in the hammer throw. It is important not to let your body rise up along with the hammer during the throw since that prevents effective acceleration of the implement. But there is an extra benefit of staying low: it helps you keep both feet on the ground longer. Staying on the ground, i.e. maximizing the double support phase, is an even more important aspect of accelerating the hammer. This is a topic I cover several times in my new book, The Ball and Chain. END_OF_DOCUMENT_TOKEN_TO_BE_REPLACED

With my book finally being released, I’m dedicated more time posting about hammer throw technique in the coming weeks. One of the first topics I’d like to cover is how to stay low in the hammer throw. END_OF_DOCUMENT_TOKEN_TO_BE_REPLACED 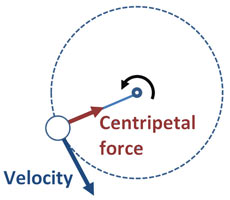 There is no doubt that the hammer throw is a rotational event. But recently I can’t help but thinking that there might be other ways to approach the event. A circle, after all, isn’t that different than a line. Zoom in one one far enough and it looks like a straight line. END_OF_DOCUMENT_TOKEN_TO_BE_REPLACED 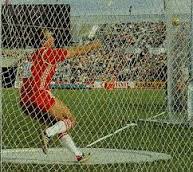 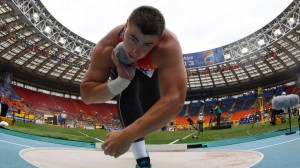 The same could be said in the debate about why so many shot putters spin in America versus using the glide. Or about the big question in the hammer throw: three versus four turns. The majority of throwers use four turns now, but plenty of success has been achieved with three turns, including the current men’s world record by Yuri Sedykh and the current American women’s record by Amanda Bingson.
END_OF_DOCUMENT_TOKEN_TO_BE_REPLACED