Last week I posted part one in an interview with shot putter Nick Garcia. Nick started training again last year after a few years away from training and decided to experiment with creating his own program based on the methods of coach Anatoliy Bondarchuk. After a year with the new program, he provided me with his thoughts and feedback. Part two continues where we left off. First we discuss what he likes and dislikes about the program, as well as how difficult it was to learn about and implement it. We then discuss how he’s started using the training system for his successful high school group. Last week I mentioned Nick has coached 20 boys over 50-feet in just one decade of coaching. In the days since, that total has gone up 23. Before we get started, we had some requests for video of Nick, so I’ve posted two of his best throws from the past year below.

END_OF_DOCUMENT_TOKEN_TO_BE_REPLACED 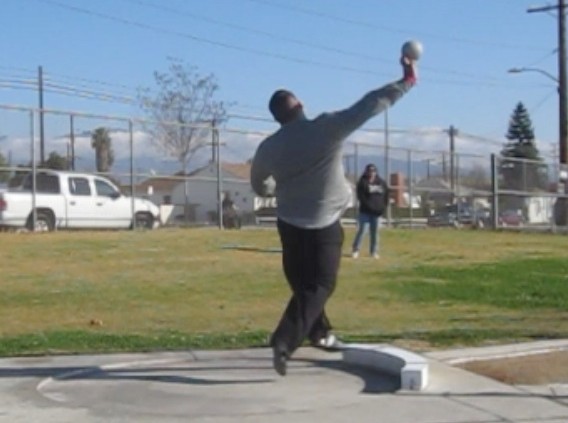 My collegiate career got off to a rocky start. Back in August 2002 I showed up at Cal State-Northridge only to have my coach, the man I had moved more than a thousand miles to work with, resign. The next six months were filled with ups and downs before I decided to transfer a few months before the school year ended. At that point, the recently graduated shot putter Nick Garcia took me under his wing to finish out the season. He helped write a training plan that led to a five-meter improvement. He offered me lifting facilities. And he offered me work as an assistant for his hammer wire making business in John Godina’s garage. I learned a lot about training from him and even more about dedication. With this in mind, I was happy that he called me a year ago to ask a few questions about Bondarchuk. Finally, I had a chance to return the favor. 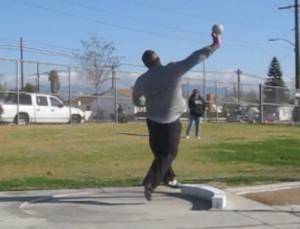 Nick, who turns 34 in April, has been throwing for more than fifteen years and compiled a long list of accomplishments in that time. While a student at Northridge, he was a two-time Big Sky conference champion in the shot put. In ten years of post-collegiate training he increased his personal best to 18.33 meters. This was also done even though, by shot put standards, he is not the typical thrower. He measures just 170-centimeters (5-foot 7-inches) tall and has a snatch of just 105-kilograms. Since changing his training last season he not only threw a personal best, but had his most consistent results ever. Already this February he has come within inches of another new personal best.

Since graduating, he has had just as much success outside the ring. He completed a masters degree in kinesiology, where his 66-page thesis looked at training methods in the shot put. For the past ten seasons he has served as the throwing coach at Notre Dame High School in Sherman Oaks, California where he has guided twenty throwers over 50-feet, including eight spinners and twelve gliders. He is a level two USATF coach and is nearly completed with level three USATF certification and level five IAAF certification.

If you enjoy reading this interview, continue on to part two where we discuss what Nick likes and dislikes about this approach, how he’s started using the training system for his successful high school group, and how difficult it was to learn about and implement.
END_OF_DOCUMENT_TOKEN_TO_BE_REPLACED