Earlier this week Nick Garcia wrote about how we think too much about good technique rather than what style will fit an individual athlete. Looking at the final technique is trying to reverse engineer the problem. What we should be looking at is the philosophy that it all started with. One thing that top coaches have in common is that they understand the throw and have an idea of what forces they want to create. How that looks and what the athlete needs to do to achieve it might result in different technique, but the core idea is front and center. END_OF_DOCUMENT_TOKEN_TO_BE_REPLACED

I’ve been blogging for more than a decade, and doing interviews for seven years now. Over that time I’ve had the opportunity to conduct more than 160 interviews with top coaches around the world on this site, the HMMR Podcast, and the GAINcast. The interviews have covered the whole range of coaching, from coaches of gold medalists and world record holders, to the best minds in youth training and physical education. END_OF_DOCUMENT_TOKEN_TO_BE_REPLACED 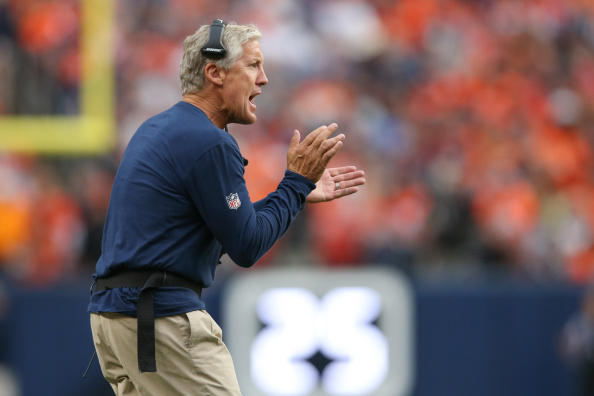 Pete Carroll is a divisive figure. He stands there on the sidelines with a cheek of chewing gum, dad shoes, and a big smile on his face. Fans find his happy-go-lucky persona either endearing or grating. But no matter what camp you are in, you cannot deny the sustained success he has had at both the collegiate and professional level. As head coach at the University of Southern California he rebuilt a winning tradition, leading the team to two national championships and a record seven straight BCS bowl games. Since 2010 he has been with the NFL’s Seattle Seahawks where they have now won three NFC West Championships in four years, been to two Super Bowls, and won one. END_OF_DOCUMENT_TOKEN_TO_BE_REPLACED

Greg Watson is one of the top young coaches in the country, having already guided Amanda Bingson to a US record in the hammer and producing regular stars now at Kansas State University. He has ben heavily influenced by some key mentors, but at the same time has developed a program that is distinctively his own. On this episode of the podcast he joins us to talk about how he created his own training philosophy. END_OF_DOCUMENT_TOKEN_TO_BE_REPLACED

One of the biggest influences on my approach to training over the past year has been John Kiely, the Irish strength and conditioning coach and university lecturer in elite performance. I had the chance to interview him last year and it was the most open and honset interview I have done. As an academic Kiely has written about the unique situation we find ourselves in as coaches: science tells us that the human body is an increasingly complex organism, yet science is unable to tell us much about what is the best method for planning and periodization. As a practioner, Kiely provides some simple solutions that can bring about big changes in training. The ability to both tell it like it is, and be helpful is unique in our sport and made me want to learn more from him. END_OF_DOCUMENT_TOKEN_TO_BE_REPLACED 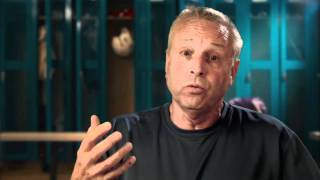 A system lends important order and structure to enable the coach and athlete to focus on the process. A viable system is not rigid and confining, instead it is organic and liberating. END_OF_DOCUMENT_TOKEN_TO_BE_REPLACED

On Tuesday we published the first part of our training talk with the extraordinary coach Dan Pfaff. Dan has been enjoying a successful summer as head coach at Altis. To start out our interview we discussed in-season training methods and his 3-day rollover plan. In this final part of the interview we take a step back to discuss his training philosophy and how he takes that to create a plan. END_OF_DOCUMENT_TOKEN_TO_BE_REPLACED