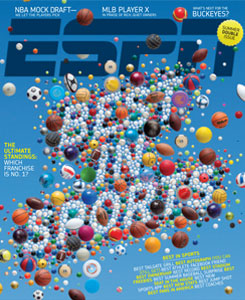 Over the past few weeks, the hammer throw has benefited from a rare and lucky streak of publicity. First, noted author Brendan Koerner penned a 3,000 word piece for ESPN The Magazine looking at the 25 year anniversary of Yuriy Sedykh’s world record and how it might be one of the most untouchable records in sports. In tomorrow’s New York Times, Isolde Raftery wrote another article about the philosophical nature of hammer throwers.

I was interviewed by both authors before they ran their articles and was impressed by the depth of their questions. Neither writer had any prior experience with the event. Koerner told me he came up with an idea after looking at the record book and seeing how old the hammer throw record was. Raftery was assigned the story by an editor that thought it would be good to learn more about the event in preparation for the 2012 Olympics. Yet both quickly learned about it by interviewing a dozens of people. Koerner even tried the hammer throw under the supervision of 2010 U.S. Champion Jake Freeman. And as a result, his story paints a vivid picture of Sedykh’s world record throw.