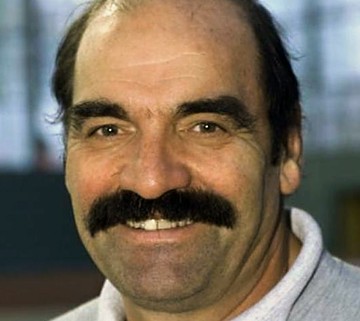 It’s Movember again. Which means that for the past week thousands of men around the world have rediscovered what it means to be a man and started to grow moustaches to raise funds and awareness for men’s health issues. The movement started over a decade ago in Australia and has slowly spread throughout the world. Last year it generated 7.5 million dollars in donations in the US alone, and much more worldwide.

It tribute of men and moustaches, I’ve compiled a list of some of the greatest moustaches to ever enter a throwing ring (because this month is meant to raise issues for men’s health, I did not include any of the infamous East German female throwers).

Feel free to share your favorites in the comments section below. 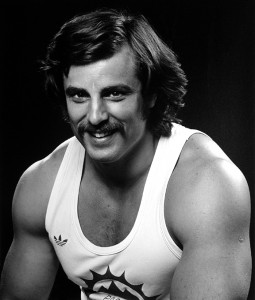 All I can say is that the 1970s were the the golden era for moustaches. Nearly every thrower had one at one time. A moustache just goes with big biceps, short shorts, and knee-high socks like peanut butter goes with jelly. The 1976 Olympic discus champion Mac Wilkins really personified all elements of this look. 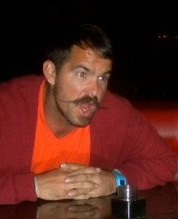 Former NCAA hammer throw champion Lucais MacKay takes us from the classic to the modern. His is by far the most creative moustache seen I have ever seen in throwing. This new twist on the ‘stache has been a staple at the top US meets over the past few years. He is hoping it will power him to the Olympics next year. 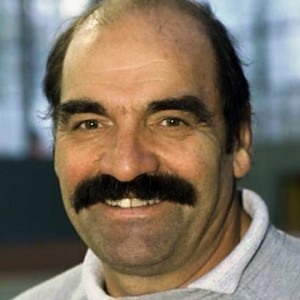 My personal favorite is the moustache of Jean-Pierre Egger. Not only does his moustache have more hair than many people have on their head, but he also has kept it for several decades. He had it when he was an Olympian. He had it as he coached Werner Günthör to world titles. And he still has it today as he is mentoring Valerie Adams. That is loyalty my friends. 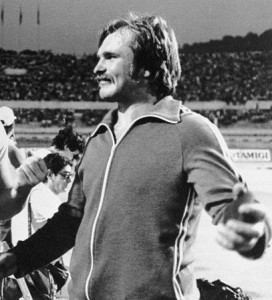 Throughout his early career world hammer throw record holder Yuri Sedykh sported a fine moustache. There are some great pictures of him throwing in Zurich in 1980 with it. With his shaggy hair, he would have fit right in on the other side of the cold war. While he did set the current record after he shaved it, he never wasn’t able to win his third Olympic gold without it. 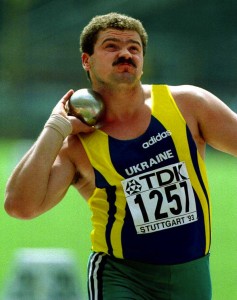 Representing Eastern Europe in a more traditional manner is Aleksandr Bagach. He carried the moustache into the 1990s and proudly wore it en route to bronze medals at the 1993 World Championships, 1996 Olympics, and 1999 World Championships. He is the last shot putter to win a world championship medal with a moustache. 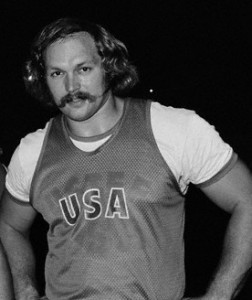 Al Feuerbach is best known for his beard, but the former shot put record holder also had the occasional moustache throughout his career. 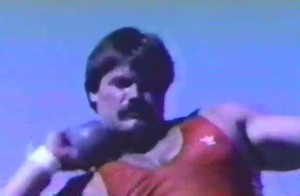 When I asked my friend Ford Widrig for suggestions, he pointed me to this video of Gregg Tafralis which he described as follows: “Kind of like Chris Farley in the Superfans but completely jacked and angry.” I have to agree. 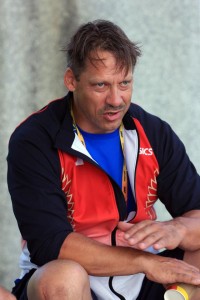 The Swedish national record holder Tore Gustafsson was a finalist at the 1988 Olympics. As his athlete career came to an end, the moustache lived on. And, this year, it has made a triumphant return to the international scene as he helped guide Koji Murofushi to his first world championship. 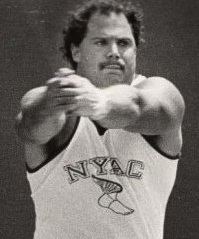 It is hard to define what exactly made Jud Logan‘s moustache so great. The four-time Olympian did have a big moustache, a thick moustache, or even an exotic one. But it fit him in a way that completed not only his look and personality, but also his throw. 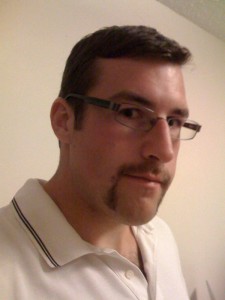 My short-lived horseshoe moustache from a few years ago hardly qualifies as one of the great moustaches in throwing history. But this is my site after all, so I get to put up a picture of myself. My moustache is making a brief comeback during my vacation. But since the event has not hit Switzerland yet, I don’t think it will survive once I have to put on a suit again and get back to work.