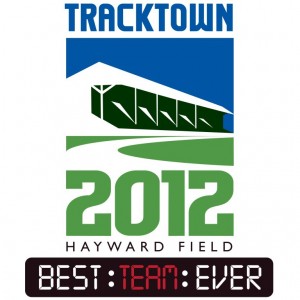 With all this excitement, it is hard to believe that the trials are only half-finished. Action starts again on Thursday and this weekend will feature three more finals in the throwing events. Take a look below to get a taste of what’s to come. 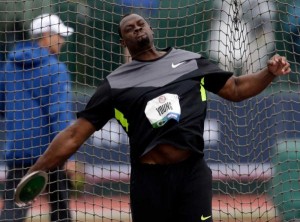 Only four men have the “A” standard and it is typically rare for a thrower to get it away from the windy rings in La Jolla, Salinas, or Maui. But then again Lance Brooks is one of the favorites at the meet without the “A” standard and he came within 20cm of the mark in the qualifying round. With six more throws maybe he can break the 65-meter barrier for the first time in his career and he’s a great underdog to root for. The Milliken University graduate never finished high than fourth at the small-school NCAA Division III championships. His strong performance in qualifying also makes him one of the favorites to win alongside last year’s runner up Jason Young. Young is a consistent performer in all conditions and since he has the “A” standard is looking to make his first Olympic team. Russ Winger also has the standard and looks well position to make the team. Age might have finally caught up two of the other favorites: Jarrod Rome and Ian Waltz. Now 35 years old, both have been at the center of the US discus throwing scene for over a decade. While neither has hit the “A” this year, their marks from last year count and they have great odds of making the team especially if no one else breaks 65 meters. Rome has won 3 of 4 against Waltz this year and looks like the stronger pick. Also keep an eye out for fifth seed Will Conwell, a former teammate of mine and also sponsored by the Evergreen Athletic Fund. It will be a reach for him to get the “A”, but he performed very well at the last trials. 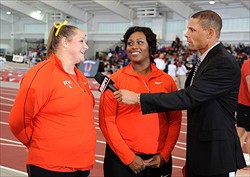 Along with the men’s shot put, the women’s shot put is America’s best chance for a medal in London. Both favorites Jill Camarena Williams and Michelle Carter. Jill tied the American record last year. She has also been the dominant force this year winning 6 of 7 against her American rival and breaking the American indoor record in February. But Carter, the daughter of US junior record holder Michael Carter, has been known to come up big and it should be a great battle. Carter took the bronze over Williams at World Indoors and also threw a personal best to win last year US outdoor title. Both have a good shot for a bronze in London behind favorites international Valerie Adams and Nadzeya Ostapchuk. After all, in addition to Carter’s bronze indoors and Williams took bronze in Daegu last year. Several others have the “A” standard and will be fighting for the last spot on the Olympic team. NCAA champion Tia Brooks looks to be in great shape, but also watch last year’s US runner-up Sarah Walker. 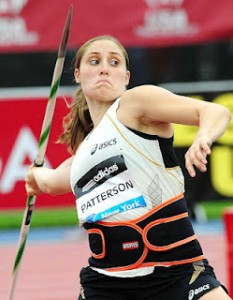 Only two women have the “A” standard, but the women’s javelin competition might turn out to be the best match-up of the meet. Kara Patterson and Rachel Yurkovich grew up right across the border from each other in Washington and Oregon and have been rivals ever since. Patterson looked to pull away in 2010 after a series of impressive Diamond League wins, but has come back to earth since then. Yurkovich actually has the top mark of the season, but Patterson has won both of their head-to-head encounters. Since no one else has the A standard, and most would need to add ten feet to their personal best, only pride should be on the line. Assuming her boyfriend Russ Winger is successful in making the Olympic team on Thursday, Patterson has the rare chance to make them the first couple to secure joint tickets to the Games this week.
https://www.hmmrmedia.com/wp-content/uploads/2012/06/TT-Logo-300x300.jpeg 300 300 Martin Bingisser http://www.hmmrmedia.com/wp-content/uploads/2017/07/HMMR-Full-Logo400.png Martin Bingisser2012-06-27 07:39:242014-02-10 03:11:30Previewing the Rest of the Trials: Part 2
0 replies