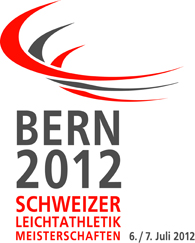 Experience is one of the most underrated traits for hammer throwers. You mostly need it when training is going poorly, and at some point that happens for every thrower. My season started off terribly in May and June with marks consistently around just 61 and 62 meters. It was frustrating to hear the officials read off marks that I could have easily achieved six or seven years ago. A few small speed bumps in training set my training down the wrong path and I had to scramble to save the season.

This wasn’t the first time my season had started so poorly. My 2009 season actually started similarly. The difference was that it was the first time things had derailed so badly for me. I essentially threw in the towel and coasted through my last meets knowing that my throw of 61.69 meters was good enough to win the Swiss title. That mark would have been good enough this year and in line with some of my recent meets. But rather than giving up on my season, I used my experience to keep me focused through the turbulent waters. As I often say, five meters can’t disappear in a matter of days; it’s in there somewhere. Lo and behold, I found it this week first at Olten, and then again on Friday at the Swiss championships in Bern. At the same ring where I had thrown just 62.13 meters one month earlier, I was able to throw 66.40 meters for another Swiss title. Now the season looks completely different after having two of my six best results ever in the span of four days.