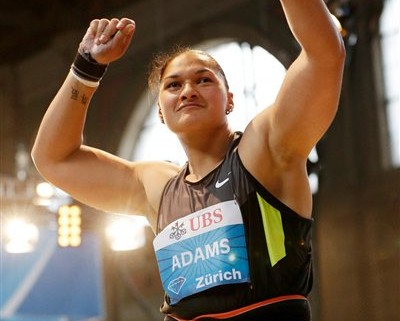 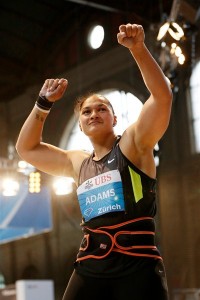 The shot put once again returned to the spotlight on Thursday at Zurich’s main train station. In front of thousands of fans, the shot putters put on a memorable show to kick off this year’s Weltklasse Zurich Diamond League meeting. Reese Hoffa continued his post-Olympic dominance and redemption tour with a convincing victory over Olympic champion Pawel Majewski and the rest of the world’s best throwers. The intensity was also high for the women’s competition. Cleopatra Borel was so focused on her celebration dance that she inadvertently fouled two throws by walking out the front of the ring mid-dance. But while the women were amped up, the competition itself lacked any compelling moments. The victor was clear from the start and most of the field posted mediocre results. Unfortunately, this is what shot putting may look like in a post-Ostapchuk world.

The day after the Olympics finished news reports began to come out stating that shot put champion Nadzeya Ostapchuk had tested positive for a banned substance. After failing to file an appeal by the deadline last week, the final roadblock has been removed from handing the gold medal over to New Zealander Valerie Adams. Ostapchuk and Adams, who won in Zurich by more than a meter and a half, have been the two dominant names in shot putting for years. Without Ostapchuk, Adams is now the sole dominant force that no current thrower can match. Just take a look at a few stats to get the complete picture:

And while Bolt and Rudisha awe crowds and win fans with their less dominant performances, Adams is still off the radar of mainstream sports fans. Field events and women’s athletics are often wrongly overlooked, but the main reason is that when Bolt and Rudisha step on the track they are world record holders and there is almost always a chance they will set another one. Adams does not have that chance thanks to the dark shadow cast by the 1980s doping practices. The doping legacy has been mostly erased in many men’s events, but it still looms in the women’s events and is strongest in the throwing events. Despite being one of the most dominant female shot putters of all time, Adams ranks just 23rd on the all-time list. Of the 22 athletes ahead of her, you have 19 throwers with results from the drug-rich era of 1976-1990. Other than that there is Ostapchuk, who tested positive, and two other former Soviet throwers from the late 1990s. What would be considered an amazing throw now simply looks mediocre when compared against this history.

A similar situation confronted Major League Baseball in America over the past decade. José Bautista led the majors with 43 home runs last year, a number that seems pedestrian in comparison to the 73 put up by Barry Bonds, or the great seasons by Sammy Sosa and Mark McGwire around the turn of the century. But all had links with doping and as soon as drug testing was instituted in 2006 the numbers fell quickly. At first it was a shock in a sport so dedicated to statistics, but now fans and athletes are finally getting used to the new, lower standards of excellence.

Despite all the dancing, the next few years might similarly be a bore in the women’s shot put. Adams will be tested as much by herself as from her competitors. She needs to find internal motivation to improve her bests in what will likely be a long series of big wins. But if she can endure then the future looks bright. Either new competitors will emerge to bring back a headlining rivalry to the event, or she will build a legacy as not just the most dominant athlete of her event or an era, but perhaps the most dominant track and field athlete of all time. At just 27 years old in a sport where experience rules, time is on her side.