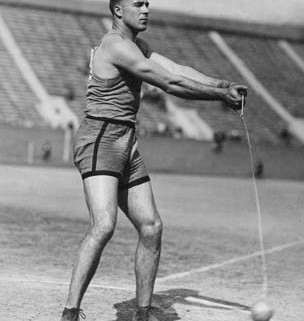 Some things in life are timeless. A good wristwatch is one. Another is a bad excuse. Bad excuses, unfortunately, are too often repeated. A case in point was an article sent to me recently by Bob Gourley, America’s top high school hammer throw statistician and also a fine youth coach. 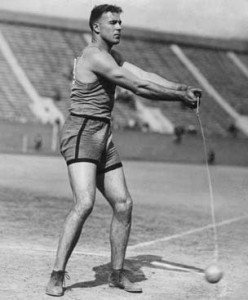 Olympic champion Fred Tootell was an adopted son of Maine.

The article was written in 1939, but could have just come from the mouth of Lionel Leach 70 years later. Back on February 17, 1939 the Lewiston (Maine) Evening Journal printed an article titled “Maine Principals Ban on Hammer Draws Fire.” In it, the paper responds to what turned out to be true rumors that the Maine Principal’s Association was going to cut the hammer throw as an event at the state championships. During the 1920s and 1930s, more than half of the states had the hammer throw as a high school event. But within the ten years all but Rhode Island would have eliminated the sport.

The reason for the cut: “From all that can be learned the only reason the MPA has for dropping the hammer throw is that it is a dangerous event.” The newspaper’s response is also just as true today: “Yet few accidents have ever cropped up in any of the meets, dual, sectional, or state. If the hammer throw is a dangerous event, declare track coaches, then discus and javelin are also dangerous.” The newspaper asserted this back in the days when people threw without cages. Now the argument is even stronger as facilities have improved. Rhode Island’s accident-free track record provides a great counterpoint to the age-old “danger” argument.

Maine also had a rich tradition in hammer throwing, producing two Olympians and three more Olympic hopefuls. Just a year earlier the same newspaper wrote another article title “Hammer throwing a speciality in Maine.” Fred Tootell even became the first American-born athlete to win the Olympic after studying in Maine. However, as the author correctly noted, cutting the hammer throw means that tradition would be lost. As remains the case “the importance of that early high school training cannot be over-estimated.”

The only thing that has changed as that the more these bad excuses have been repeated, the more people actually start to believe them. In 1939 a newspaper was at least willing to call out the principals on their bad choice. I doubt that would happen now. And our responses are obviously falling on deaf ears. Hammer throwers have only recently started to gain success as they have accompanied the same replies with actions to teach and grow a new generation of throwers. Additional new ideas will be needed to change a mindset that is now almost set in stone.