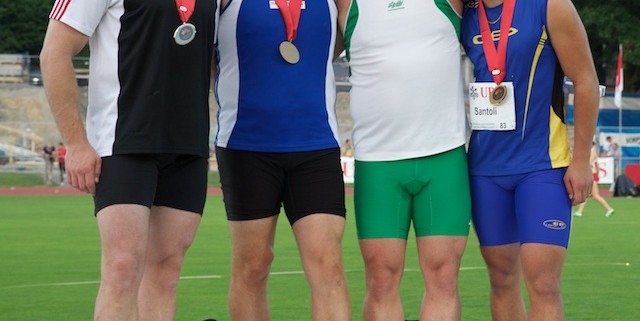 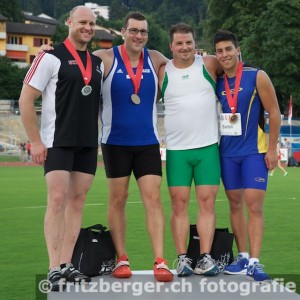 I am writing from the comforts of the Pacific Northwest, but on Friday night I was 5,000 miles away in Luzern competing in blistering heat at the Swiss Championships. As usual, I came in as the strong favorite and a mediocre first throw was good enough to secure the win and my fifth straight Swiss title. While the end result was not much better, it was a fun competition as always.

The day started off with some fireworks from some other throwers. Junior javelin thrower Lukas Wieland broke his own junior national record four times and ended up with a massive throw of 75.11 meters which puts him among the ten best junior throwers in the world this year. Simultaneously, the women’s hammer throw also produced some amazing results. Nicole Zihlmann also secured her fifth national title, but in doing so broke a number of barriers. Most importantly, she broke the Swiss record twice in the competition. Her throw of 61.54 meters also was her first time over 60 meters, just the second Swiss thrower ever over 60 meters, and qualified her for September’s Francophone Games in Nice. When it was time for the men’s competition, we also raised the level a bit. For the first time since 2007 we had five men over 50 meters. This might sound unimpressive, but considering that Swiss hammer throwing reached its low point in recent years (the silver was won with just 46 meters last year) it is promising if small step forward. Even more promising is that one of our youngest throwers, Robin Santoli, threw a personal best and his first podium finish.