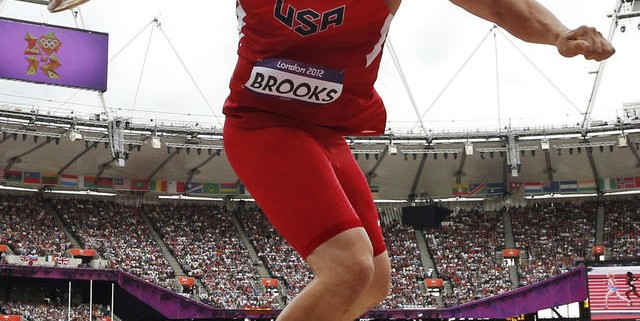 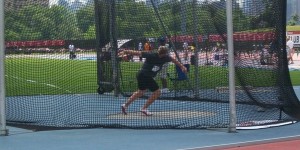 When we were talking about training and comparing our different approaches, one comment he made stuck with me. He said that everyone keeps telling him that the problem with American discus throwing is that throwers focus too much on strength, but most of the throwers he knew were like him and had just moderate strength in the weight room. I am as guilty as anyone of using this stereotype. After thinking about it I agree he is right; the old stereotypes do not apply like they once did.

My stereotype of American discus throwers is split into two categories. First you have the shot putters who just happened to be enough of a freak to throw the discus very far. These are the John Godinas and Andy Blooms of the world that could lift a house. Then you had the discus only powerhouses like Adam Setliff, Jarred Rome, and Ian Waltz who are intimidating just to be in a room with. There were some exceptions, for example Tony Washington brought more pure athleticism than power, but most throwers seemed to fall into these categories for a while. Several years ago someone like Shuurmans would have been another exception. In fact, Carl Brown was an exception when he became US champion in 2003, eight years after winning the NAIA title at Sienna Heights University. But when I look at the current US rankings the small school throwers are now becoming the majority. Take a look:

In addition, you have people like Dan Hytinen (ranked in the top 15 last year from another Division 3 school, University of Wisconsin-Whitewater) as well two other guys in the top 15 this year whose schools have athletic programs resembling the Divisions 3 model (Cornell University and Brown University). These throwers used to be the minority and now they are the majority. What has caused this major change in the background of America’s top discus throwers?

There is no doubt that the level of American discus throwing has come down over the last few years. The discus is a hard event to track since wind can play such a role in results, but the trend is clear. This year represented perhaps a new low as the US almost went without anyone qualifying for the World Championships. Thankfully on the last day of qualifying Lance Brooks bettered the B qualifying limit by a mere 2 centimeters to earn a trip to Moscow where he placed just 25th. There have been 14 world championships and this is the first time the United States did not place someone in the top 15 (the previous lowest was 13th in 2007). America has had two throwers in the top 15 on all but four other occasions, and even in those meets the best finisher was quite high bringing back a silver in 1987, a fifth place finish in 2001 and 1991, and a ninth in 2003. Other than the fact that the IAAF has raised the standards to absurd levels, you could say that making a team has never been easier for American discus throwers.

The reasons for the level coming down are numerous. First and foremost is that the old generation is nearing retirement or recently retired. Names like Jarred Rome, Casey Malone, and Ian Waltz dominated the men’s discus for the past decade but are now all over 35 and have either retired or contemplated it. Most of the younger talent is not quite old enough to be fully developed yet.

In the 1990s, many more elite throwers would also throw both shot put and discus. John Godina placed as high as fifth at the World Championships in the discus and won the shot put title three times. But this combination is more rare lately. Kibwé Johnson had a best of over 65 meters but left for the hammer. Ryan Whiting threw over 61 meters in college. Cory Martin even hit a respectable 60 meters. But all chose to focus on the shot put, which is a wise decision considering it is much easier to make a living in that event.

Which brings us to the final point. It is hard to be a professional thrower. Sponsorships are rare and prize money is scarce. I know countless talented discus throwers who gave up the sport after college in order to pursue a living that would actually pay the rent. 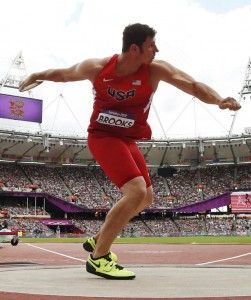 The small school talent has been there for generations; it has just been underdeveloped and overlooked. While many of these throwers were not as good as their competitors in high school, and were thus overlooked by big schools, as I’ve argued before that doesn’t mean they were less talented. The big school throwers might simply have just developed sooner, whereas many of the small school throwers might develop longer. The elite small school throwers I have met have a more diverse background which might be an advantage to them. Some went to a smaller school in order to pursue dreams in another sport. Brooks was aiming for basketball and Jones football. A smaller school let them do both whereas that pursuit at a larger school would often have required them to focus everything on their primary sport and left the world of throwing completely. Going to a small school kept them in our sport. Schuurmans went to Doane to focus on track and field, but his focus was at first on the decathlon (he had high school bests of 60m with the 1.6-kilogram discus and 2 meters in the high jump). What has changed is that coaching cadre is both deeper and more knowledgable, thus providing better guidance for these athletes and raise the level at small school championships.

With better results and less competition, many small school throwers are now finding themselves close to the nation’s best before they graduate. Whereas a 22 year old thrower with a best of 58 meters might have given up the sport 20 years ago, now they have an extra incentive to continue when that throw already gives them a chance to make the finals at the US Championships (58.28 meters took the last spot in finals this year). Small school shot put and hammer throwing have also improved but the discus has had the most impact at the elite level since a big door has been left open by less competition. Continuing to train after college gives them a chance to connect with even better coaches and continue their development. Schuurmans, for example, has only recently begun having the first structured weight training program in his life.

Not only do small school throwers often have a bigger development potential, but they also have the heart to keep at it. As I mentioned, throwing the discus is not a fancy life. It might be a step ahead of hammer throwing, but it is a struggle. Small school throwers have grown up as underdogs and this has developed the passion needed to make it as a post-collegiate thrower in America. If they were to stop throwing, they would have done it after high school. What drove them to continue in college has driven them to keep competing after college. Schuurmans described Mike Torie in a way that fits almost any of them: “he would live on the street if it meant he could throw the discus an inch farther.”

What does this mean?

What is most interesting for me is that this shift shows the talent is there even though the level of discus throwing has dropped off recently. There have often been complaints of lack of talent among the American throwing scene. Football, it is argued, steals too many of our potential throwers. If you are a tall, explosive, and solidly built athlete the chances are you will likely focus on american football or basketball. That same athlete in Europe might have a better chance of becoming a thrower. But the advantage America has is its size: with 316 million people there is still plenty of talent in the throwing community. Despite the decline of its best throwers, America still has 19 of the top 100 throwers in the world this year. Germany ranks second with just seven of the top 100. And the talent is not just among the big division colleges and universities. The talent also goes much deeper, as Schuurmans and his competitors have shown. The talent is everywhere and this is quite encouraging for the future of American discus throwing. The only problem is retaining the talent since many of the big school throwers are no longer staying with the sport. It is like putting together an NFL team being stacked with a bunch of undrafted free agents. While there is talent among the undrafted players, few people would select a team from just that pool of athletes. The best teams have a mix of high draft picks as well as those that we overlooked.

The more interesting point comes in on the training side. If the old stereotype has been thrown out the window, then maybe our approach to discus training also needs to change. We are working with a different set of tools that may require a different approach to training. But the first step for me is recognizing the change actually exists. Only then can we start to look at the situation and move forward.