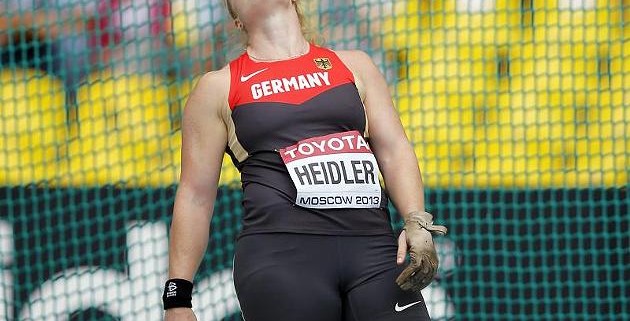 The track in Zurich has gained the nickname piste magique, the magic track, for no small reason. The annual Weltklasse Zurich meet is know as the best one-day meet in the world for its enthusiastic sell-out crowds and more than 20 world records set in the stadium. With a new fast ring and the same energetic atmosphere, it could be the perfect atmosphere for another world record. The top female hammer throwers have been flirting with the 80-meter barrier for a while. Both the world leader and world record holder will be battling not only for gold this week, but also to be the first to break the landmark barrier. In any event, it should be one of the most exciting competitions of the meet. Qualifying takes place Wednesday morning, with the top 12 moving on to Friday’s finals. A live stream for the hammer will be available online in certain countries from Eurovision.

→ Continue the Conversation: Share your thoughts on the women’s hammer in the Throwholics forum

When defending Olympic and World Champion Tatyana Lysenko announced an early end to her season, what was a three-woman race for the European title suddenly became a two person race and Wlodarczyk became the clear favorite. The former world record holder was ranked first in the world last year and she is by far the most consistent of the world’s elite hammer throwers. This year she has competed only four times, but won three and is just under her personal best. She split her two matchups with her closest competitor Heidler, but as returning champion she will likely have more confidence and a good throw in the early rounds could secure her the win. 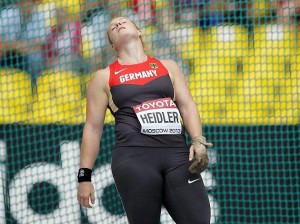 Which Betty Heidler will show up in Zurich?

As the current world record holder, Heidler is clearly capable of winning. At her best she is nearly unbeatable. But the person most likely to stand in the way, however, will be herself. To call the last two year’s a roller coaster for Heidler would be an understatement. They have been filled with dramatic ups and downs that seem to be coming with increasing frequency.

After a slow start to the year she seemed to find her groove with a world lead of 78 meters in June, but then at the German championships last month she again fell back below 70 meters. This was not the first time her inconsistency has shown up. Heidler won the European title in 2010, but it was the next edition where the problems first arose in a major way. At the 2012 European Championships she threw just 65 meters, a performance her coach described as “Psychoterror, Katastrophe, Kindergartenfehler.” Since then she has been quite inconsistent, winning an Olympic medal but then failing to make the finals at last year’s World Championships. Heidler has a big chance to win again, but it depends on which Heidler shows up on Wednesday. Wednesday’s qualifying round will tell a lot about her prospects.

After throwing her personal best in the Olympic final, Klaas started the next Olympic cycle fresh last year with a new coach. After a slow first year, it is starting to pay dividends as she has produced one of her most consistent season’s this year. She lost six times in six meets to her German rival Heidler last year, but in five matchups this year she has won three. She has also taken down other top European names and looks in good position to make the podium.

After a down year last year, Hrasnova has returned to form with several strong performances this summer. She has secured wins against Orban and Bulgakova, split against Fiodorow, and lost several times to Klaas. She will likely have to beat Klaas to get on the podium, which will be difficult, but within her reach.

The fourth-ranked European from last season is surprisingly the sole Russian in the field. She started the season with a slow spring, but had a strong July and looks near the form that placed her fifth at last year’s World Championships and put her on the podium at the last European Championships.

At first it was unclear if Fiodorow was actually going to compete. She was not named to the official team from Poland, but she was included on the final entries list. But now that she is confirmed on the Polish team it is clear that she will be one of the top medal candidates. After a down year last year she has returned to the form that made her a 2012 Olympic finalist. So far in 2014 she has hit a new personal best, won the the European Cup Winter Throwing, and found consistency over 71-72 meters.

Americans looking for a connection to the meet might look at some of the former NCAA stars competing. Hungary’s Eva Orban was an NCAA champion at the University of Southern California in 2008 and could place very high after making the World Championship final last summer. Sweden’s Ida Storm just finished her career as a multiple-time All American at UCLA and Nicole Lomnicka of Slovakia was the 2010 NCAA Champion while throwing for the University of Georgia. Lomnicka’s brother is a medal favorite in the men’s competition and if she qualifies for the finals it would be a rare instance of two siblings qualifying for the finals. This would be the first time to my knowledge in the hammer throw.

One of the youngest competitors at the entire meet will be participating in the women’s hammer throw: Reka Gyuratz. At just 18 years old, the young Hungarian is fresh off of a silver at the World Junior Championships. Last season she won the World Youth Championships and set a new world under-18 all-time best.

Another big name in the field is Aksana Miankova of Belarus, the 2008 Olympic champion. But her shape so far this season has shown no signs that she is ready to return to the podium.