Kibwé beat me to the punch in January when he outlined his wishes for the hammer in 2015, but our event is so fun that there is always room for another’s take on it. The month of May is when the season really gets underway, so it’s time for me to count down my annual list of 10 reasons to watch the hammer throw this season. Please share what you are looking forward to in the comments section below.


1 – A Full American Team in Beijing. This was Kibwé’s top wish for 2015 and also one of mine. I want to see three men and three women throwing the hammer for America at this summer’s World Championships in Beijing. Having a full women’s team has never been an issue for America and this year will be no different with three athlete already over the IAAF World Championships qualifying standard. But it’s been on the men’s side that America has struggled recently. America had a full team in three of the first six World Championships, but in the past eight editions only once has that happened. 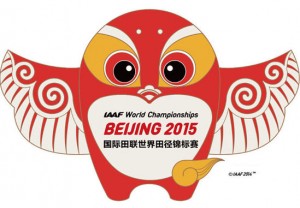 Two factors are combining to help make this a reality in 2015. First, the World Championship standards have been lowered (although they will return to absurd levels again for the Olympics). Second, American hammer throwing is on the rise. The qualifying standard is 76 meters. Marks from last year do not count, but they help show how realisitic it is to have three people over that mark. In 2014 two athletes, Conor McCullough and A.G. Kruger threw over 76 meters. Add to that Kibwé, Chris Cralle (75.26m in 2014), Michael Lihrman (74.08 already in 2015), Andy Fryman (73.90 in 2014), and Matthias Tayala (73.57m in 2014). With just a slight improvement the US will have a full team in Beijing.

2 – NCAA Showdown. Just as the men’s hammer is improving in the US, so is the level of collegiate throwers. To show the strength and depth of the NCAA just take a look at the Track and Field News pre-season predictions. They picked Oklahoma State’s Nick Miller to place fourth. Just a few days later he opened up the season with a throw of 75.41 meters (and improved to nearly 77 meters last weekend). In the meantime he has decided to redshirt, but the depth is still there. I mentioned McCullough, Lihrman, and Tayala above. They are being chased by another pack of throwers around 70 meters. And let’s not forget the women. Defneding NCAA champion and Commonwealth silver medalist Julia Ratcliffe looks to be a favorite along with Bowling Green’s Brooke Pleger, but the field is also packed. 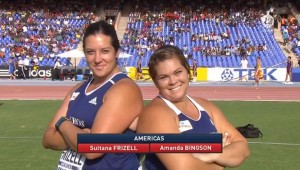 It’s all smiles now, but wait until the season starts.

3 – Who is the queen of North America? After a coaching change last year, Sultana Frizell had a big breakthrough to tie Amanda Bingson’s North American Record. As we learned at the 2012 Olympic Trials, there is no such thing as a tie in our sport. And Bingson’s claim as America’s best thrower is also likely to be challenged by close competition at home. Hopefully this year will someone become the undisputed continental record holder and even challenge the Americas record of 76.62 meters by Cuban triple World Champion Yipsi Moreno.

4 – Pars vs. Fajdek. As I wrote in my world rankings, this is the best rivalry in track and field. The two are clearly ahead of everyone else in the world, but neck and neck with each other. More importantly, they are not scared to face off. Last year they faced of 11 times, with Pars winning six. They already met once in 2015 with Pars again on top. Fajdek, meanwhile, is the earlier world leader and first man over 80 meters this year. This year looks to have many more great battles in store.

5 – 80 Meters. In past years I’ve put this as my first and last reason; neither proved successful. So this year I am putting this reason smack dab in the middle. I want to see a woman break 80 meters. The leading candidate is of course Anita Wlodarczyk, not only because she broke the world record and dominated the event last year, but because she has already broken the barrier: her sector foul at the 2014 European Championships was measured over 80m. I keep saying that the 80 meter barrier is only a matter of time. I’m just hoping the time is sooner rather than later.

6 – 84 Meters. Only once in the past 23 years has an athlete thrown 84 meters and not subsequently tested positive. That was Koji Murofushi way back in 2003. With Fajdek over 83 meters and Pars over 82 meters last season, maybe it will finally happen again in 2015. Fajdek is still quite young and even Pars proved last year he is capable of more. I’d love to see a clean thrower reach the barrier again. 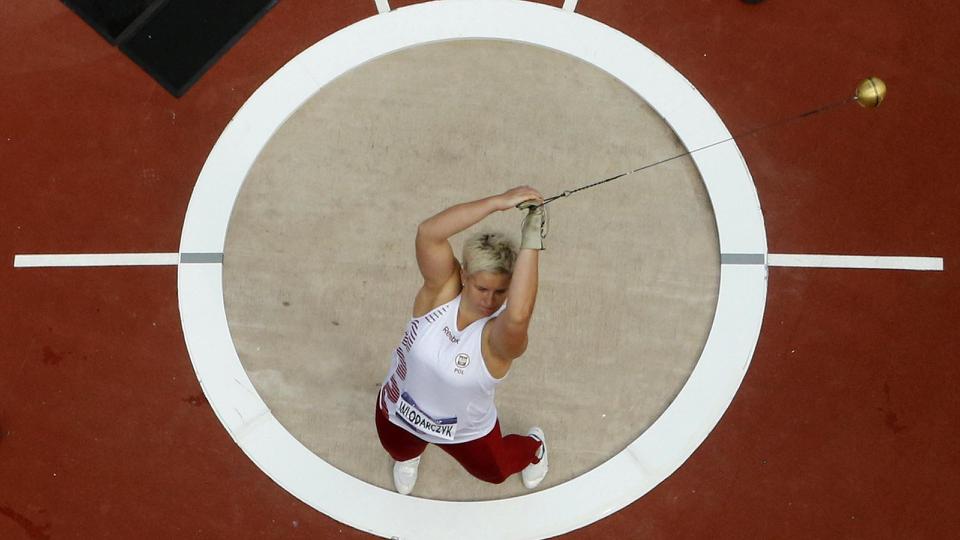 7 – Who will challenge Wlodarczyk? The hammer throw was a three-way toss up a few years ago, but last season Wlodaczyk suddenly emerged as the undisputed top thrower. After catastrophe at the last World Championships, Betty Heidler said she would not longer compete at them. She now has changed her mind, but she has not been at the same level since then. Tatyana Lysenko is the world and Olympic champion, but just gave birth to her first son in February and is waiting until July to make a final decision about competing in Beijing. Three-time World medalist Zhang Wenxiu was banned for doping in October. I don’t know who will step up, but I hope someone does as the sport is a lot more interesting when a strong rivalry accompanies some records.

8 – Hammer Throw: The Next Generation. World junior record holder Ashraf Amjad Al-Saifi is moving up to the senior ranks this year, but the athletes behind him will make the category just as competitive this year. For the hammer throw, June’s European Junior Championships in Sweden will highlight the season. The Hungarians once again are looking to lead the way. World Youth Record holder Bence Halász will be moving up to the 6-kilogram hammer. After placing second at the World Junior Championships last year, Réka Gyurátz is likely the favorite in the women’s competition. She already improved her best this year, but found out she will face strong competition as she placed second to French junior Audrey Ciofani in the same competition.

9 – Rio on the horizon. Everything this year carries with it a little more weight since it is helping set up for the 2016 Olympics. A narrow win here or there will be exciting on its own, but even more exciting as it is adding to the story line for next season. The Olympics are what every hammer thrower dreams about and with little more than a year to go it is already on everyone’s mind at all times.

10 – My New Book. I have to throw a little plug in here as this manuscript has been sitting on my desk forever, but 2015 is finally the year. Thanks to my wife’s help, I’ve finally finished the copy editing and layout and received the first hard copy this week. The book covers hammer throw technique, training, and more. There are just a few more days to pre-order at a discount if you are interested. The books will be shipped out this month.